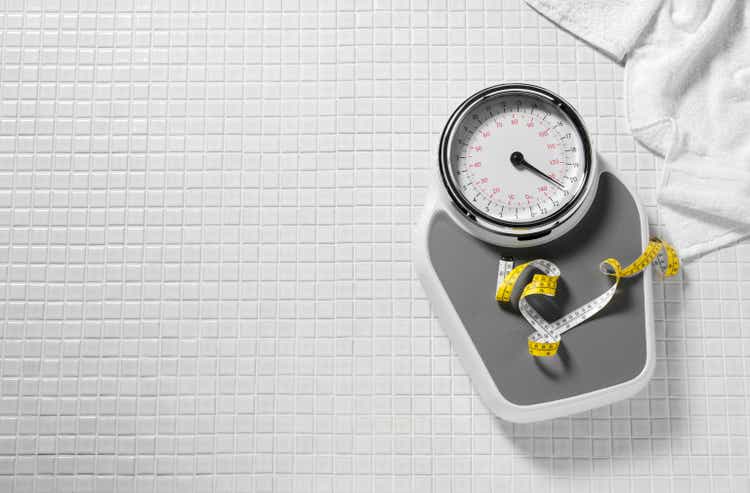 The company evaluated M1Pram’s against Eli Lilly’s (NYSE:LLY) Humalog (insulin lispro) in regard to glycemic control and body weight reduction, in people with T1D and a body mass index (BMI) greater than 25kg/m2

The company noted that it had reported the main results on June 21 wherein the primary goal of the trial was met with a significant weight loss of M1Pram vs Humalog over 4 months of -2.13kg.

Post-hoc analyses showed a greater efficacy of M1Pram in a subpopulation of patients with obesity with a BMI greater than 30kg/m2. Weight loss in the M1Pram group was -5.56kg, compared to -0.57 kg (p=0.03) in the Humalog arm at week 16, and weight loss had not plateaued by the end of the study, Adocia said in an Oct. 6 press release.

A satisfaction questionnaire suggested better appetite control with M1Pram for 82.4% of patients, compared to 43.2% with Humalog, the company added.

In addition, Adocia said M1Pram showed to be as good as Humalog in controlling blood glucose, and as safe in terms of risk of hypoglycemia (low blood glucose) level and convenient in use.

Both therapies maintain HbA1c (blood glucose levels) and Time-In-Range in patients with a mean HbA1c level of 7.4% at baseline. The number and severity of hypoglycemic events were similar in both treatment groups, according to the company.

The total adverse events of M1Pram were 76, and 38 for Humalog and was mainly due to gastrointestinal side effects as seen in the pramlintide documents, the company added.

Adocia noted that M1Pram reduced the daily dose of prandial insulin by 21% in the general population of the study.

M1Pram combines M1 insulin and pramlintide — an amylin analog used in adjunct to insulin in type 1 and type 2 diabetes — in a regular insulin pen, the company noted.

Adocia added that pramlintide has never been largely used by patients because it requires 3 additional injections on top of insulin daily injections, these two hormones normally being incompatible in one formulation. However, the company has successfully formulated pramlintide and insulin together in one single pen.