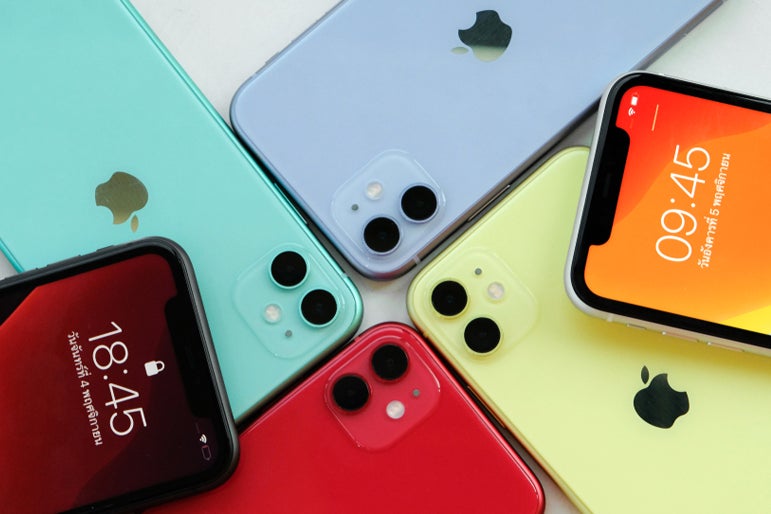 Apple Inc. AAPL is scheduled to report its fiscal year 2023, first-quarter results on Feb. 2 and investors are fretting over the impact China production disruptions and the economic softness may have had on the quarter’s performance.

What Happened: Apple ended the December quarter strong, with its higher-ever quarterly market share for smartphones, data released by Canalys showed. The company’s market share rose to 25% in the quarter, giving it the pole position in the global smartphone market.

The achievement is commendable because it came despite shrinking demand and manufacturing issues in Zhengzhou, Canalys said. The city of Zhengzhou in China houses the biggest iPhone factory of its contract manufacturer Hon Hai Precision Manufacturing Company Limited HNHPF.

South Korean electronics giant Samsung, which was relegated to the second spot, had a fourth-quarter smartphone market share of 20%.
Overall, worldwide smartphone shipments fell 17% year-over-year in the fourth quarter.

Data for the full year showed an 11% decline in global smartphone shipments to fewer than 1.2 billion units. Samsung was the leader for the year with a 22% share and Apple stood second with a 19% market share.

Apple analysts are also bracing for soft near-term results. The tech giant will likely give a soft outlook on the earnings call, although the negative tidings will be fractional and short-term, Loup Fund‘s Gene Munster said recently. The analyst expects Apple’s March and June quarter results to fall slightly below Street estimates and the back-end of the year to exceed expectations.

Price Action: In premarket trading on Wednesday, Apple shares fell 0.54%, to $135.21, according to Benzinga Pro data.

Read Next: Can Apple Weather Economic Storm, Will Enterprise Spending Fall Off Cliff? Analyst Weighs In Ahead Of Tech Earnings Season