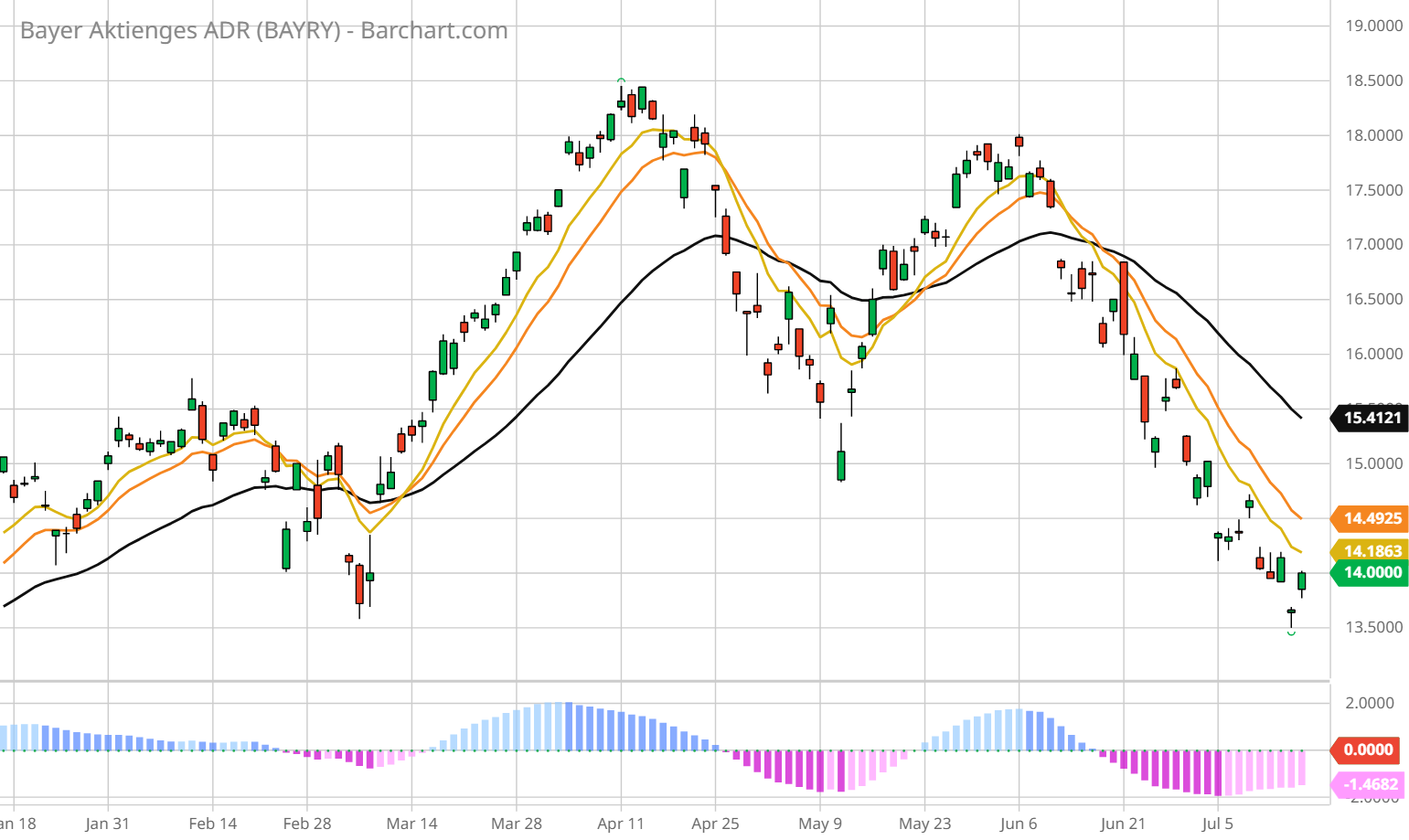 The ruling clarifies other pending lawsuits against Bayer $BAYRY and its Monsanto subsidiary. It also means a Georgia man diagnosed with a type of cancer called fibrous histiocytoma after using Roundup on his lawn for 30 years can have a Georgia jury evaluate Monsanto’s history of failing to warn users about the dangers of their glyphosate-based herbicide.

Senior U.S. Circuit Court Judge Gerald Bard rejected Monsanto’s argument that such failure-to-warn lawsuits could only be filed in federal courts. According to the ruling, initial safety determinations made by the U.S. Environmental Protection Agency (EPA), which resulted in the approval of Monsanto’s proposed label and registration of Roundup for sale, do not carry the force of law necessary for such federal preemption, particularly where pesticide manufacturers have a perpetual duty to adhere to federal labeling requirements and to report any new adverse effects to the EPA.

The opinion notes that Congress created wide latitude for state regulation in the context of the Federal Insecticide, Fungicide, and Rodenticide Act (FIFRA), allowing a state to regulate the use of any federally registered pesticide or device so long as the regulation does not permit any sale or use prohibited by FIFRA. Additionally, a state agency may ban the sale of a pesticide if it later finds that one of the product’s label-approved uses is unsafe.

“The 11th Circuit saw right through Monsanto’s attempts to avoid accountability for its dangerous product and its long history of refusing to place a simple warning label on Roundup,” said Majed Nachawati, a Dallas-based firm that represents more than 5,000 cancer victims in litigation against Monsanto.

The case is Carson v. Monsanto Company, No. 21-10994, in the United States Court of Appeals for the Eleventh Circuit.

German life science company BAYRY operates worldwide through Pharmaceuticals, Consumer Health, and Crop Science divisions. It distributes its products through wholesalers, pharmacies and pharmacy chains, supermarkets, online and other retailers, hospitals, and directly to farmers. It has a $57.88 billion market capitalization. The company acquired U.S. seed giant Monsanto in June 2018. With the acquisition, Bayer now has the most robust portfolio of seed and crop protection products for many crops and indications, the best research and development platform, and the leading digital farming business.

On June 28, 2022, Bayer’s KERENDIA® (finerenone) was recognized by the American Diabetes Association (ADA) Standards of Medical Care in Diabetes—2022 with a new grade A recommendation for improving cardiovascular (CV) outcomes and reducing the risk of chronic kidney disease (CKD) progression in patients with CKD associated with type 2 diabetes (T2D).

KERENDIA was approved in the United States based on the results of FIDELIO-DKD to reduce the risk of sustained eGFR decline, end-stage kidney disease, CV death, nonfatal myocardial infarction, and hospitalization for heart failure in adult patients with CKD associated with T2D. The KERENDIA label contains a Warning and Precaution that KERENDIA can cause hyperkalemia.

The addendum, titled Cardiovascular Disease and Risk Management: Standards of Medical Care in Diabetes—2022, was updated based on evidence from the FIDELIO-DKD and FIGARO-DKD Phase III studies as well as the FIDELITY prespecified pooled analysis, which comprise the largest cardiorenal outcomes program to investigate the occurrence of fatal and nonfatal CV events and progression of kidney disease in patients with CKD associated with T2D in more than 13,000 patients. The program examined the impact of finerenone in adults with CKD associated with T2D across a range of disease severity (CKD stages 1-4).

On the heels of approvals in the U.S., Europe, and Japan, Bayer’s Kerendia for chronic kidney disease (CKD) associated with type 2 diabetes has been cleared for use in China, unlocking another big market for the drug.

The new approval is a critical element of Bayer’s plans to build Kerendia into a €1 billion-plus drug, as China has the largest number of adults with diabetes and a massive population of people with CKD.

The company estimates that 140 million people are living with diabetes in China, plus a further 73 million undiagnosed, and says the country also carries the highest burden of diabetes-related CKD worldwide.

“CKD associated with type 2 diabetes has become one of the most important health crises in China,” it said in a statement.

$BAYRY stock chart shows a bounce off the $13.50 level, which has created a clearly defined stop-loss level. The TTM Squeeze bands are starting to round up.