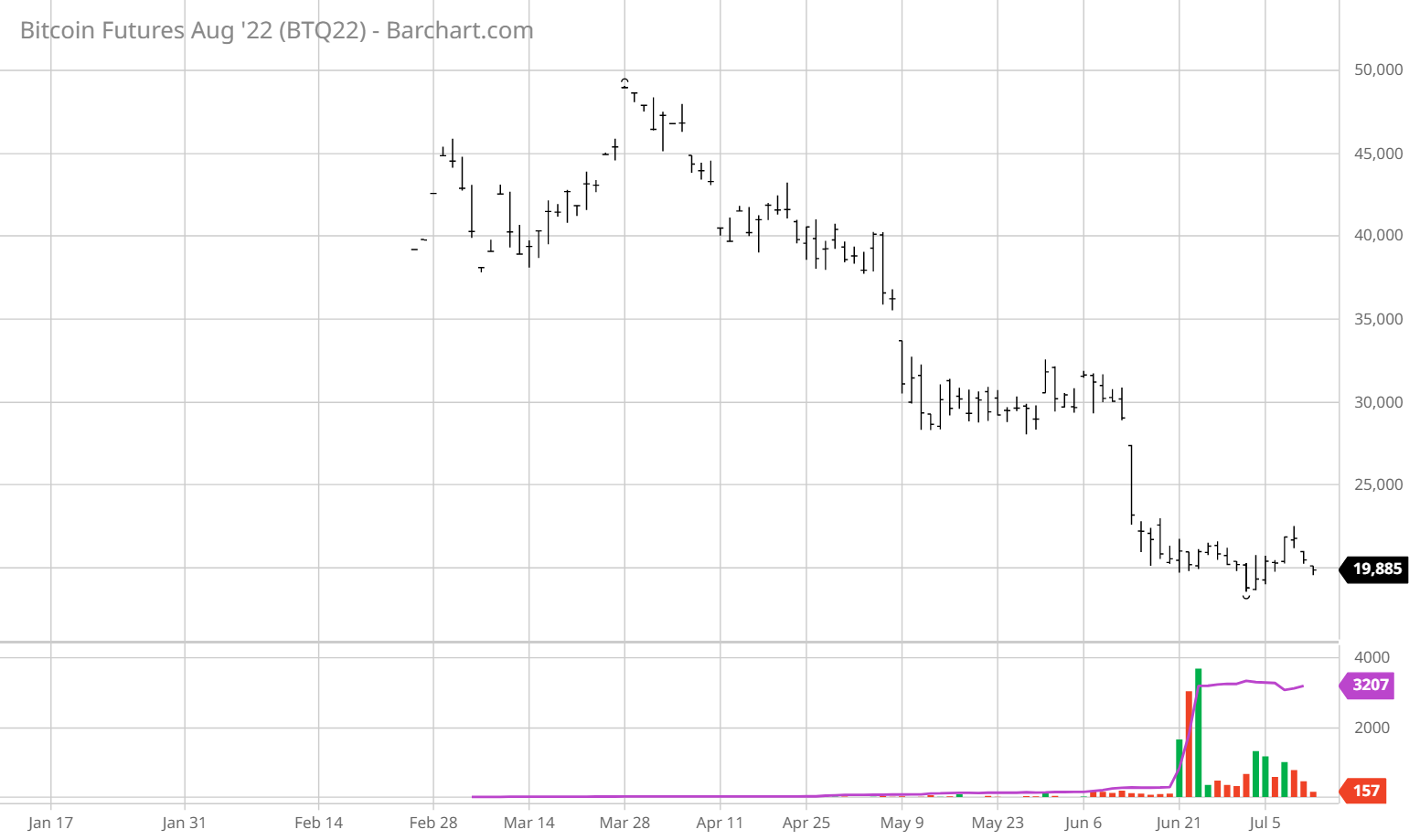 Years ago, when Bitcoin became available to the public, we warned investors that it had never been battled-tested through a recession.

Syndicated talk shows like that of Raoul Pal of Real Vision Group claimed that bitcoin was a hedge for the next global recession.

We disagreed with this analysis for a simple reason: until Bitcoin trades through a recession, it was not battle-tested, and anyone claiming different was a Bitcoin pumper.

Our analysis has been vindicated, and we haven’t even hit the worst of the recession yet.

Over $8 Million in Bitcoin Long Liquidations in 5 Minutes

On-chain-college posted the chart below.

Bitcoin experienced a sharp selloff on Monday evening, falling from an intra-day high of $20,648 to a low of $19,823 in just six hours.

Traders in long positions were the worst hit, with long crypto liquidations hitting $48 million over one hour around 6 p.m. ET.

Meltem Demirors of Coinshares suggests that Bitcoin is an excellent buy-the-dip play and will hit all-time new higher over the next 12 to 24 months. I like how she says it’s a cyclical trade. No one classified bitcoin as a cyclical trade before 2022.