Can India become the ‘prize’ setter for Gold? 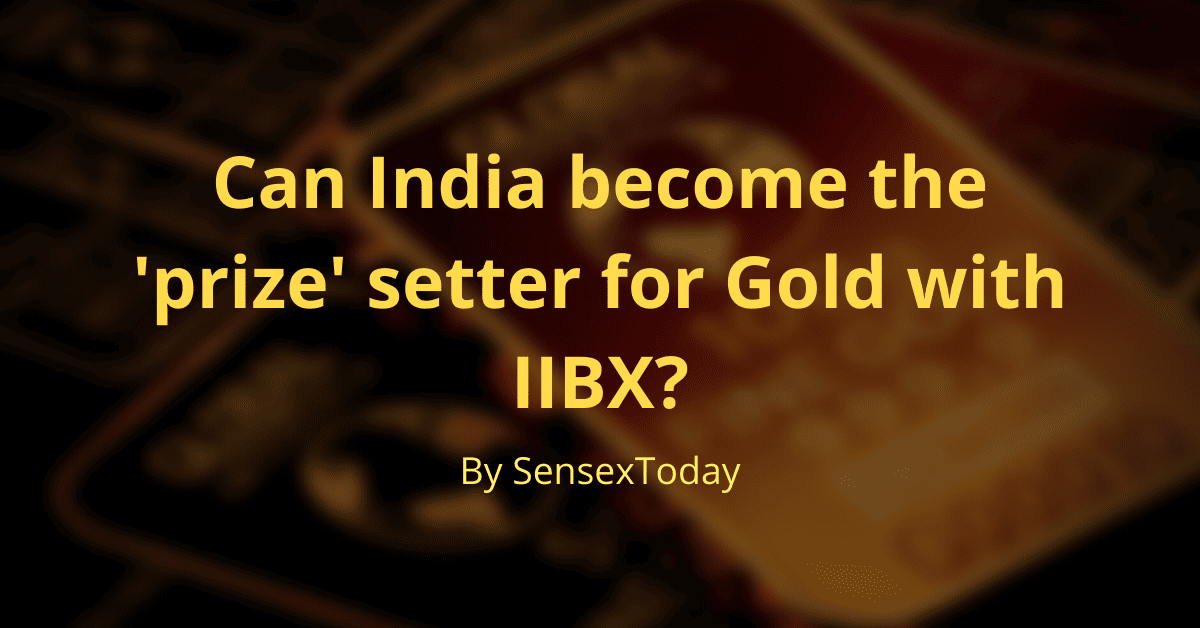 In the 18th century, India was known as the “Sone ki Chidia” a golden sparrow. At present India is still a golden sparrow. But how? It will happen through IIBX; Indians carry the world’s largest household gold. We account for almost 25 per cent of total global gold demand. Unfortunately, we have to import almost 99 per cent of our requirements. India mined only 1.7 tonnes of gold as of the figures for FY2020 and we consumed 775 tonnes! Indians are crazy o gold, especially on occasions of weddings and festivals.

Indians love to buy gold! It’s a good thing but what is the problem then? The problem is in the process of importing gold. the intermediary’s monopoly and lack of standards in purity. So, what is the solution for these? Let’s take a look at the solution.

IIBX India International Bullion Exchange. An exchange formed only for Bullion means precious metals like Gold and silver. It is established in the GIFT City (Gujarat International Finance Tec-City) Gujarat. We are the third in the world who set up a bullion exchange for gold. China and Turkey are the first two.

Before IIBX in India gold imports is only allowed for some specific entities. The entities who owned the certification for that. So, jewellers and all can not buy gold or import the gold directly from the international market. They must have to purchase gold through these certified entities.

Read Also: The 11 Best Personal Finance Books of All Time: Its Your Money

The working of IIBX is straightforward. Jewellers can directly buy gold in the international market and deal with international dealers. But through the help of IIBX. If the buyer’s price and seller’s price match the deal will be done! What next? After the deal, IIBX imported the gold and stored it in their super-serious vaults. The exchange IIBX grabs that value in terms of an electronic token called Bullion Depository Receipt(BDR). Also, this token is tradable. This means as other assets like bonds and stocks you can trade them in dollars and might with the rupee in near future. The electronic units are backed by the physical gold stored in the vaults by the IIBX.

Can India become the ‘prize’ setter through IIBX?

The IIBX thing also helps us to reduce the basic cost of gold. We do not need to pay for the intermediary’s high commissions. Also, if jewellers can directly buy their gold from the exchange the gold price gets more consistent. We might see the price can correct up to $50-$80 per kilogram.

Also, in the international market as we talk earlier in the article India has a 25 per cent consumption of gold. If we get success in the IIBX we might become the price setter instead of price getters for gold and silver.

Everyone is willing that this will pan out successfully. But if we insight into history China and Turkey also have their bullion exchange but they have no such impacts. We can hope that India has more consumption and buying power than others so it is a possibility that it works. IIBX works or not you can still do one thing trade in a commodity such as Gold, Silver by opening an account in just 3 minutes by clicking here.