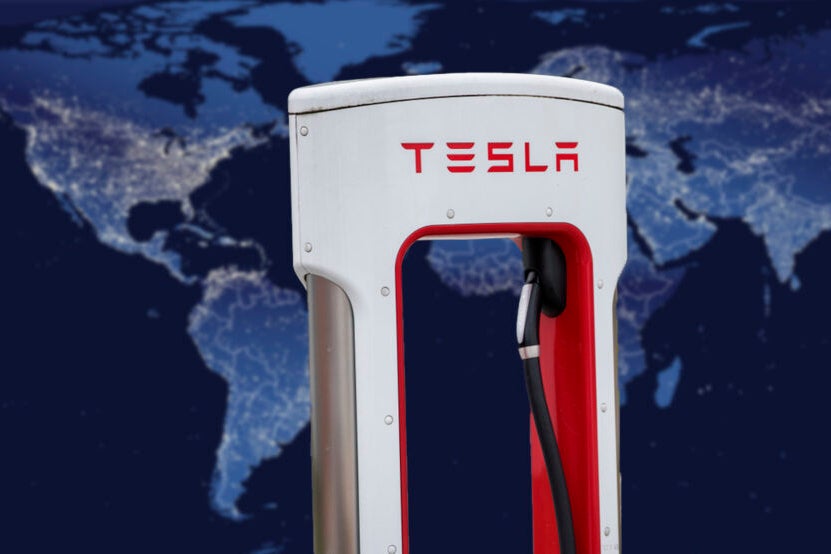 Tesla Inc TSLA has a network of 35,000 superchargers — which the Elon Musk-led company says is the “largest global fast charging network.”

Tesla says a supercharger can add up to 322 miles of range in just 15 minutes. The company says the stops are “typically short and convenient” on its website.

Northernmost Supercharger: The world’s most northern supercharger lies in the Arctic circle at Honningsvåg, Norway. The city, located on the island of Magerøya, is Norway’s northernmost and has a population of 2,484. There are three chargers at this location, available day and night for both Tesla and non-Tesla vehicles.

It is possible to make the 1,229-mile journey from Oslo To Honningsvåg through Norway, Sweden, and Finland in a Tesla, according to the Musk-led company’s website. It will require seven breaks along the way for charging with the longest being a 40-minute halt.

Southernmost Charger: Tesla’s southernmost charger is in Queenstown, New Zealand. The resort town lies in the Otago region of New Zealand and has a population of 15,800. It is famous for skiing and other adventure tourism activities.

There are four superchargers available in Queenstown and they have up to 150 kW CCS compatibility. It is possible to drive from Wellington, the capital of New Zealand through Christchurch to Queenstown. A 572-mile journey, which Tesla says will take 15 hours and 27 minutes. The longest stop for charging would be at Christchurch for 50 minutes.

On Roof Of The World: Tesla has put in a number of Superchargers in Tibet. Including one in the Chinese-administered region’s capital Lhasa. Other remote Tesla superchargers are present in Xinjiang, Qinghai, Gansu, and Yunnan.

Cursory research done by Benzinga found seven superchargers in Tibet, 11 in Xinjiang, four in Qinghai, four in Gansu, and 44 in Yunnan. Tesla did not respond to our request for information on Superchargers for this story.

Route planning undertaken on Tesla’s website shows that it is possible to travel 1,386 miles from Lhasa in Tibet to Kunming in Yunnan in 40 hours and 10 minutes with seven stops with the longest break of 55 minutes in Yunnan’s Shangri-La county. At this point, the journey would’ve taken a driver from the roof of the world to China’s gateway to South East Asia.

Read Next: Elon Musk On Why First Moon Landing Was An ‘Anomaly’