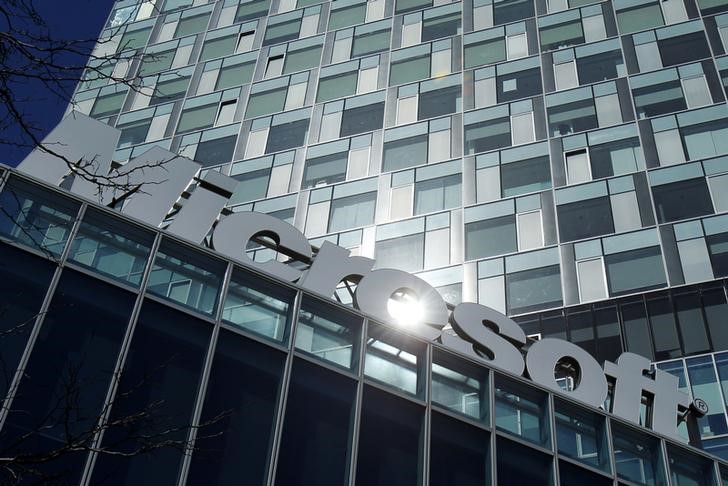 BRUSSELS (Reuters) – Microsoft (NASDAQ:) is likely to face an EU antitrust investigation as regulators intensify their scrutiny into its practices in a case triggered by Salesforce.com (NYSE:)’s workspace messaging app Slack, people familiar with the matter said on Thursday.

Last year, Slack complained to the European Commission, saying that Microsoft has unfairly integrated its workplace chat and video app Teams into its Office product. Microsoft introduced Teams in 2017, seeking a slice of the fast-growing and lucrative workplace collaboration market.

Slack urged the EU competition enforcer to order the U.S. software giant to separate Teams from the Office Suit and sell it separately at fair commercial prices.

The Commission last month sent out another batch of questionnaires in a follow-up to those sent out in October last year, a sign that the EU competition enforcer is preparing the ground for opening a formal investigation, the people said.

“The Commission is looking at (Microsoft’s) interoperability and bundling but more detailed this time. They are looking for information that allows them to define remedies,” one of the people said.

“They are preparing the ground for an investigation,” a second person said.

The Commission and Microsoft, which has been fined 2.2 billion euros ($2.3 billion) for cases involving so-called tying and other practices in the previous decade, declined to comment.