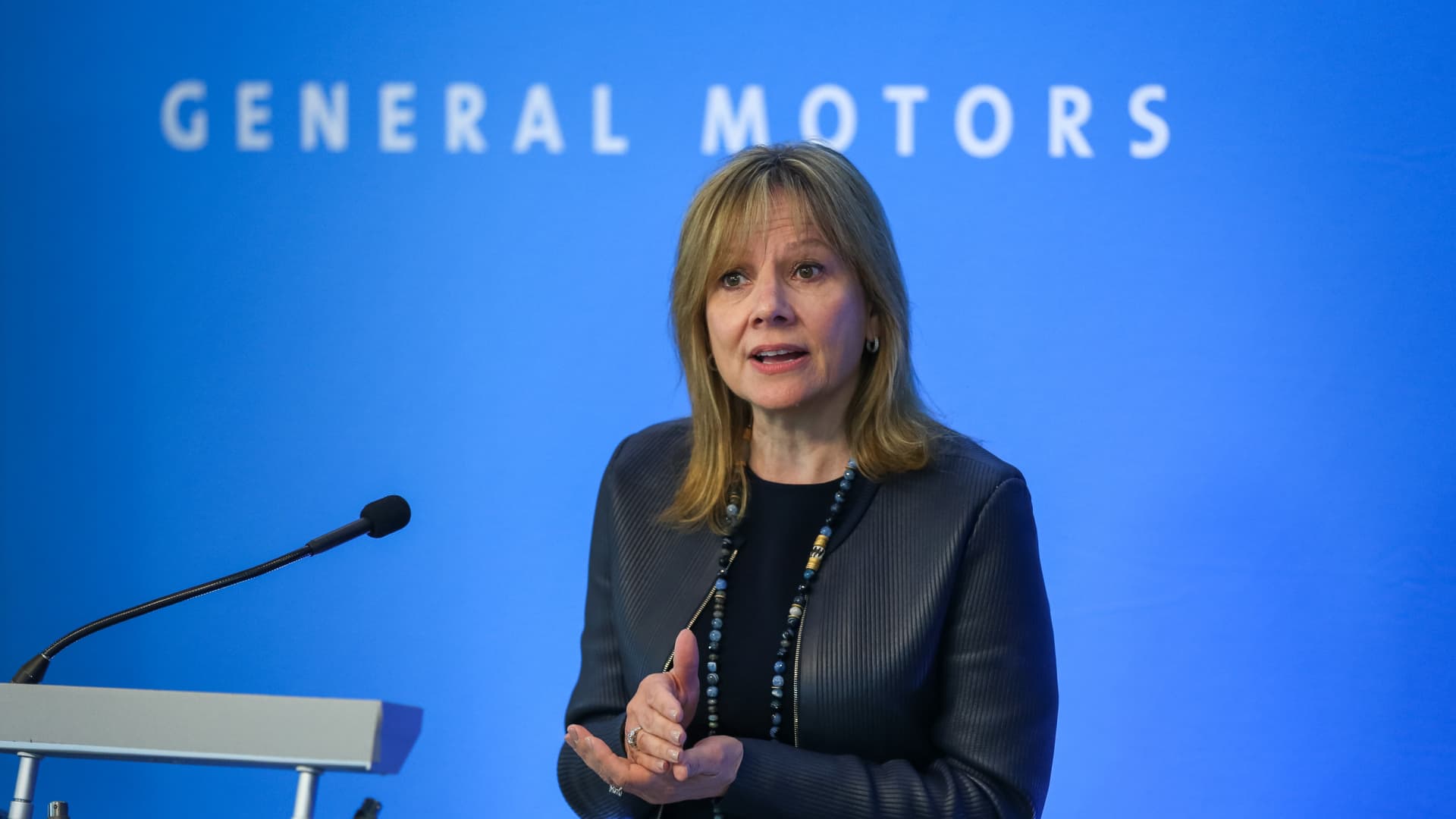 GM CEO Mary Barra talks with media prior to the start of the 2017 General Motors Company Annual Meeting of Stockholders Tuesday, June 6, 2017 at GM Global Headquarters in Detroit, Michigan.

General Motors reported second-quarter earnings that fell short of Wall Street’s estimates after the company was unable to ship nearly 100,000 vehicles by quarter-end due to parts shortages.

But the company maintained its previous earnings guidance for the full year.

Here are the key numbers, compared with Wall Street’s consensus expectations as compiled by Refinitiv.

Like other global automakers, GM has been working through supply-chain disruptions for the last several quarters as Covid-19 outbreaks – and more recently, Russia’s invasion of Ukraine – have forced factory shutdowns and wreaked havoc with logistics around the world.

GM warned investors on July 1 that it had about 95,000 vehicles with missing components in its inventory. That could push GM’s second-quarter revenue below expectations, since GM – like most automakers – books revenue when a completed vehicle is shipped to dealers, not before.

GM at the time maintained its previous guidance for the full year, however, saying that it expected to complete and ship those vehicles before year-end.

This is breaking news. Please check back for updates.