Knightscope $KSCP Up On PG&E Doubling Its Order 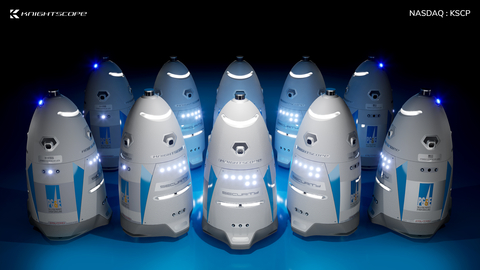 Knightscope $KSCP stock rose in early trading on August 3, 2022, on news that electricity giant PG&E has doubled its order for autonomous security robots.

On August 3, 2022, Knightscope, a developer of advanced physical security technologies focused on enhancing U.S. security operations, announced that the Pacific Gas and Electric Company (PG&E), the leading subsidiary of the holding company PG&E Corporation (NYSE:PCG), has added another five K5 Autonomous Security Robots (ASRs) to its contract. This brings the current ASR total to ten machines under contract with this one client.

PG&E signed its first contract in 2021 to test whether or not Knightscope’s would provide the levels of safety and overwatch necessary to secure certain properties. During that successful pilot, Knightscope was able to reduce costs, prove value with a positive return on investment, and build the client’s confidence that the service would meet their exacting demands.

Collaborations like the one being forged between Knightscope and PG&E are essential to prevent, remediate, or mitigate risks resulting from various asset vulnerabilities. New technologies such as those offered by Knightscope are quickly becoming a key component to augmenting guard services at a time when the growth of remote working is challenging the need to fill roles in guarding personnel.

“Knightscope’s Autonomous Security Robots work 24/7/365 with greater detecting and data recall capabilities at a fraction of the cost of traditional physical security protection,” stated William Santana Li, chairman and CEO, Knightscope, Inc. “We are honored that PG&E has entrusted us to help protect their properties, assets and employees, and we look forward to further assessing opportunities across hundreds of their locations.”

Knightscope is an advanced security technology company based in Silicon Valley that builds fully autonomous security robots that deter, detect and report. Knightscope’s long-term ambition is to make the United States of America the safest country in the world.

Pacific Gas and Electric Company, a subsidiary of PG&E Corporation (NYSE:PCG), is a combined natural gas and electric utility serving more than 16 million people across 70,000 square miles in Northern and Central California.