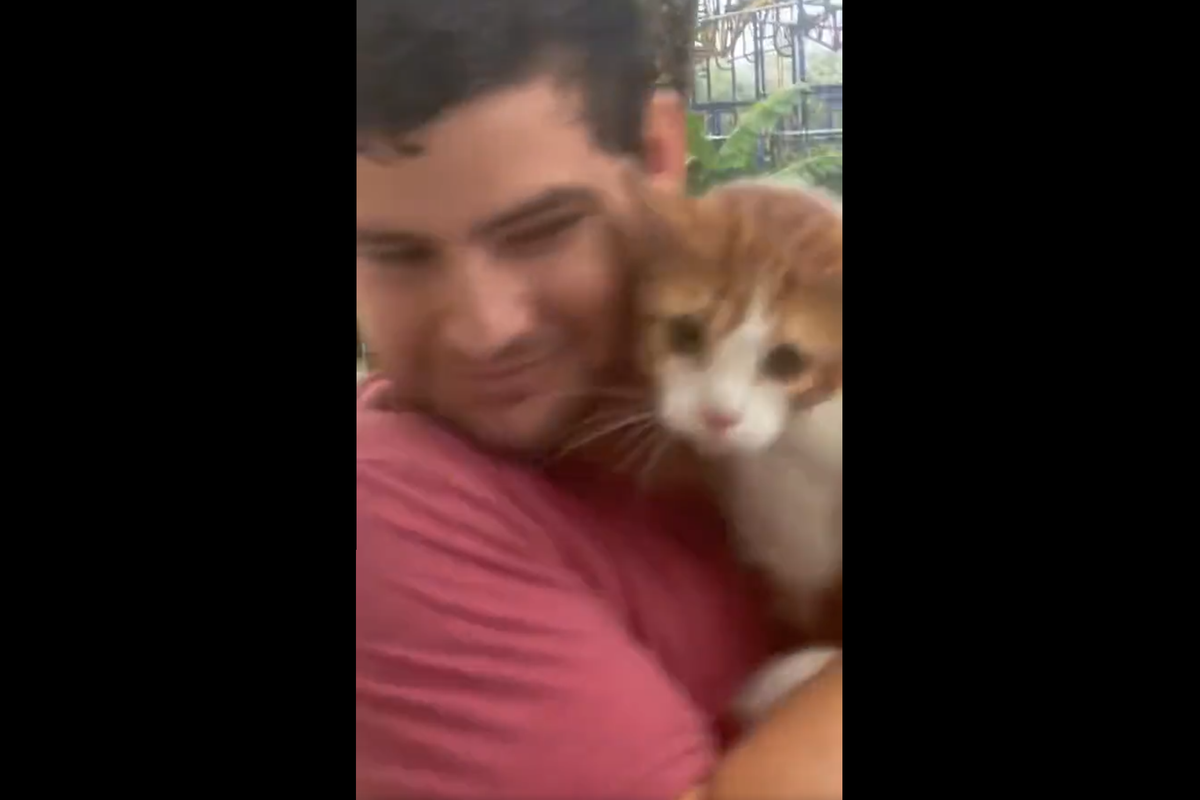 Amid the fury of Hurricane Ian, as it slammed the Florida coast on Wednesday, one resident took to the water-filled streets to save a stranded cat perched on an air conditioning unit while the ocean raged below.

The video of the rescue, taken by the man’s mother and posted to Twitter by his girlfriend Megan Cruz Scavo, went viral, garnering over 1.1 million views and almost 200,000 likes by Friday afternoon.

The Rescue: Mike Ross, 29, saw the helpless orange-and-white cat from his parent’s window where he was hunkering down as the category 4 storm smashed into Bonita Springs in southwest Florida.

Ross waded through knee-deep, fast-moving floodwaters to the terrified cat before clutching it up onto his chest and heading for safety. See below:

The Response: As the viral video made its way across the internet, Twitter users responded with messages of thanks, praise and heartbreak — as well as rage that people would leave behind their pets.

The most common comment, as noted by the Post, was “marry him,” however. “Absolute hero. Marry that man. Hope you all stay safe,” Kelly Maddox (@kellyamaddox) wrote.

Lulu Mac (@LuluMcSideways) wanted to adopt Ross as her own. “I’m sorry, Megan, but he is everyone’s boyfriend now.”

Want To Help? Ross and Scavo had been forced to evacuate their residence in Naples, Florida prior to the wrath of Hurricane Ian. The couple’s home is badly damaged and in need of restoration. Those wanting to help out can donate to the pair through Ross and Scavo’s GoFundMe, of which half the proceeds will be donated to the Naples Humane Society.

See Also: It’s Not Just Groceries, Pets Costs Are Higher: How To Budget Amid Soaring Inflation

Fed Chair Jerome Powell Could Move Markets With His Speech On Inflation Wednesday Afternoon: What You Need To Know – SPDR S&P 500 (ARCA:SPY)