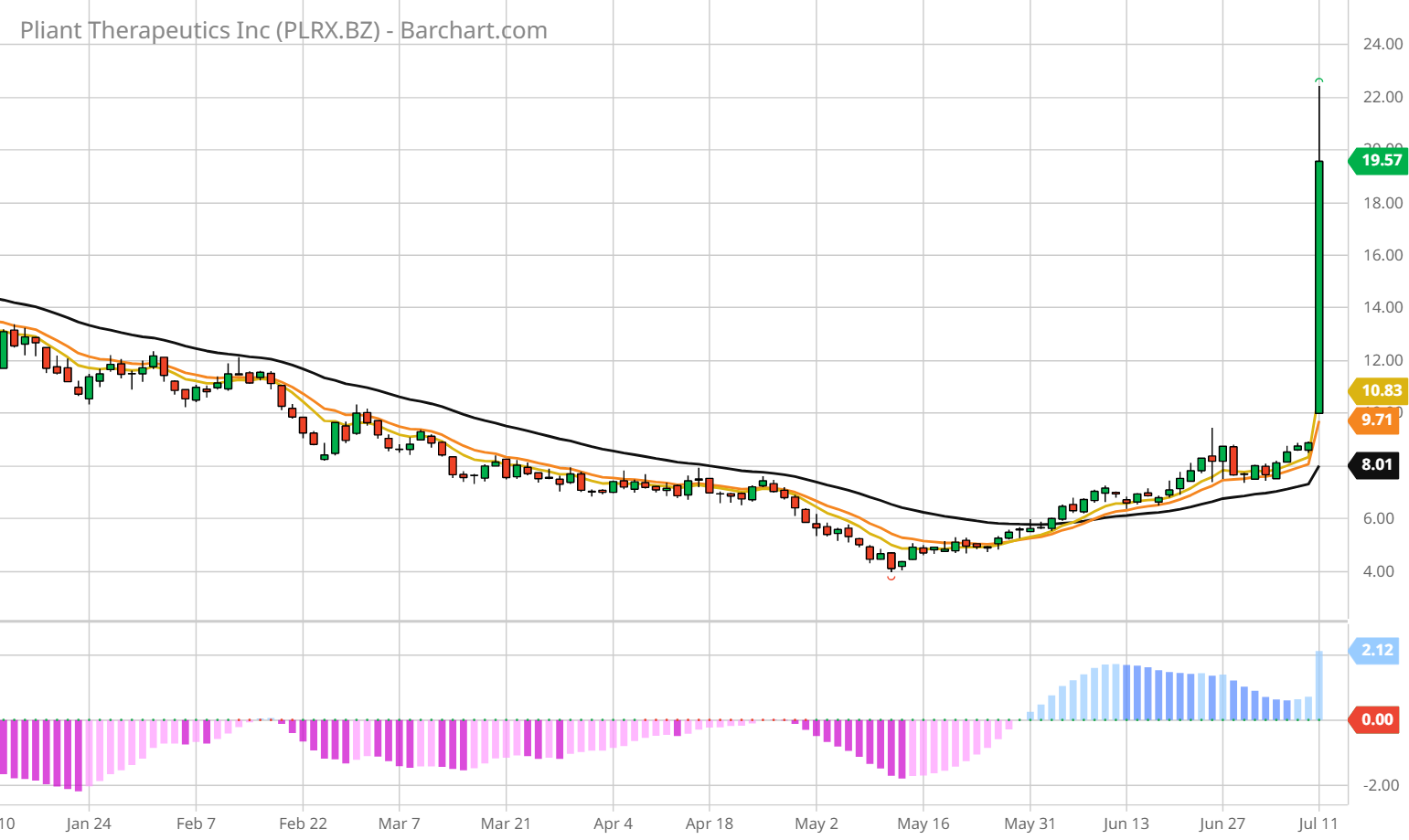 The primary endpoint of the INTEGRIS-IPF trial is the evaluation of the safety and tolerability of PLN-74809. The secondary endpoint is an assessment of its pharmacokinetics.

PLN-74809 was well tolerated at all three doses tested. Of the 67 patients treated with PLN-74809, 65 (97%) completed 12 weeks of treatment with no discontinuations due to adverse events. No deaths or drug-related serious adverse events (SAE) were reported. Most treatment emergent adverse events (TEAEs) were mild or moderate in severity.

A dose-dependent reduction in the proportion of patients with FVCpp decline of ≥10% was observed across treatment groups: 18.2%, 8.7% and 4.5% of patients experienced a ≥10% decline in FVCpp in the 40 mg, 80 mg and 160 mg treatment groups, respectively, versus 17.4% in the placebo group. A decline of ≥10% in percent predicted FVC (FVCpp) at 12 weeks is associated with an increased risk of death in IPF patients over a two-year period.1

An increase in QLF score is associated with an increase in pulmonary fibrosis. The mean percentage change in QLF at 12 weeks was 3.15%, 0.70% and 0.00% in the 40 mg, 80 mg and 160 mg treatment groups, respectively, versus 1.15% in the placebo group. These findings suggest a dose-dependent antifibrotic effect of PLN-74809, consistent with its mechanism of action and preclinical findings.

“Data from the INTEGRIS-IPF trial exceeded our expectations exhibiting a favorable safety and tolerability profile and a treatment effect on FVC, the current registrational endpoint in IPF. Importantly, the treatment effect was also observed on top of standard of care therapy,” said Éric Lefebvre, M.D., Chief Medical Offer at Pliant Therapeutics. “Additionally, the dose-dependent reduction observed in the proportion of patients experiencing a decline in percent predicted FVC of ≥10% underscores the potential of this novel investigational therapy to advance the treatment of IPF.”

“I am very encouraged by the Phase 2 results from INTEGRIS-IPF. IPF studies are challenging, as large samples sizes are usually required to detect a treatment effect,” said Lisa H. Lancaster, M.D., Professor of Medicine, Vanderbilt School of Medicine and INTEGRIS-IPF Principal Investigator. “The results from INTEGRIS-IPF are impressive, with PLN-74809 demonstrating a favorable safety profile and treatment effect both on and off standard of care therapy. The IPF patient community is in desperate need of new drugs given the limited treatment options currently available.”