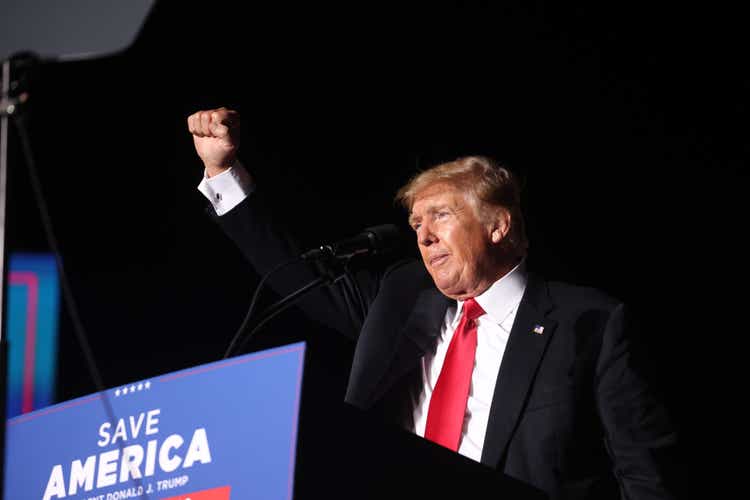 The shares may also be benefitting after billionaire Elon Musk reportedly hinted that he could launch a rival social network to Twitter (TWTR).

The move in DWAC, which is taking Trump’s social media company and platform Truth Social public, also follows after Musk sold another $7B in Tesla (TSLA) stock. The sale of the Tesla shares appears to make it “more likely” that Musk is going to buy Twitter (TWTR) after all, according to investment firm Wedbush Securities.

Shares of DWAC have plunged 40% year-to-date as the company has been beset by regulatory probes and potential competition with a Twitter controlled by Musk, who has said he would allow Trump back on the platform that he was banned from last year.

DWAC in early December disclosed it received voluntary information and document request from the SEC, which sought documents relating to meetings of DWAC’s board of directors, policies and procedures relating to its interactions with TMTG.

The New York Times last month reported that regulators are said to be investigating a surge in trading before the announcement of the deal to take Trump’s Media & Technology Group public through DWAC.