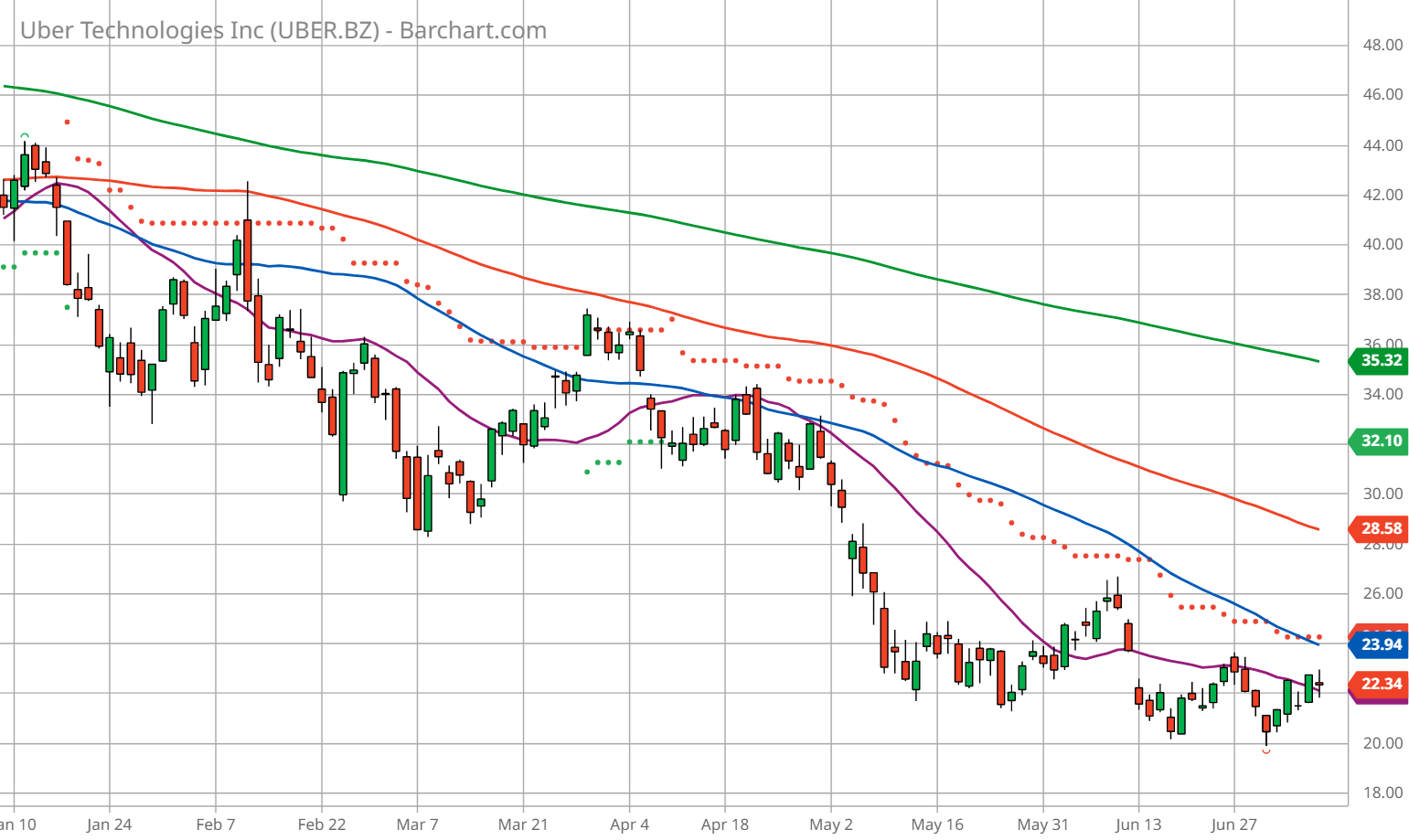 These big-money traders’ overall sentiment splits between 76% bullish and 23% bearish.

This is not normal options activity for $UBER stock. Somebody knows something.

Considering the Volume and Open Interest on these contracts, it appears that whales have primarily been targeting a price range from $20 to $30 for Uber Technologies over the last three months.

Now, some entity is targeting the bullish whales in $UBER stock. On Sunday, July 10, 2022, a hit piece was published in the MSM attacking Uber Technologies.

The Guardian ran a hit piece that Uber broke laws, duped police, and secretly lobbied governments. The information was purposely “leaked” to The Guardian.

The unprecedented leak to the Guardian of more than 124,000 documents – known as the Uber files – lays bare the ethically questionable practices that fuelled the company’s transformation into one of Silicon Valley’s most famous exports… When the then US vice-president, Joe Biden, a supporter of Uber at the time… after meeting Kalanick, Biden appears to have amended his prepared speech at Davos to refer to a CEO whose company would give millions of workers “freedom to work as many hours as they wish, manage their own lives as they wish”.

The MSM is targeting the big whale buyers in $UBER stock. I’m not so sure this has much to do with Uber Technologies itself. Most information about corrupt governments taking bribes from corporations like Uber is already well known. A few months ago, a documentary featured this story about Uber.

Uber’s shading dealings with people in positions of power is not NEW news. It’s the same old news but repackaged and released just days after some large whale traders took significant long positions in the stock. It makes you wonder if Elon Musk was one of the whales. The elites love Elon’s new leanings towards the Republican party. We don’t have access to who the whales were but the market makers and well-connected firms like Blackrock do. I think this is more about targeting the whales in Uber stock than about Uber itself.

We will see what happens to $UBER stock when it begins trading on Monday, July 11, 2022.