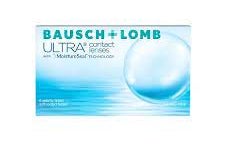 The company shares gained a bit after it said to appeal a decision that would likely invalidate patents related to Xifaxan.

“We are disappointed with today’s development. We strongly disagree with any conclusion that our patents are not valid and intend to file an appeal to any such order,” said Thomas Appio, CEO of Bausch Health.

The U.S. District Court of Delaware issued an Oral Order in the matter of Salix Pharmaceuticals Ltd, the company’s gastroenterology business, et al. v. Norwich Pharmaceuticals Inc regarding the infringement and validity of certain U.S. patents of Xifaxan for irritable bowel syndrome with diarrhea (IBS-D) and reduction in risk of overt hepatic encephalopathy (HE) recurrence.

The court is set to invalidate Xifaxan patents related to IBS-D while it signaled to uphold the HE claims.

Related: Why Bausch Health’s Market Cap Is Being Cut In Half Thursday: ‘A Near Worst-Case Scenario’

Bausch said it expects the court to enjoin Norwich’s ANDA until the HE patents expire in 2029. If Norwich removes HE safety data to avoid the patents, the company said it would “vigorously oppose” the move.

“The FDA has stated that they plan to make a major revision to the rifaximin product specific guidance to add an in vivo bioequivalency study,” Bausch said.

“Until an approval of a revised ANDA is granted by the FDA and the expected injunction modified by the Court, Norwich is not permitted to launch a generic equivalent of Xifaxan.”

Price Action: BHC shares are up 8.82% at $5.55 during the premarket session on the last check Friday.