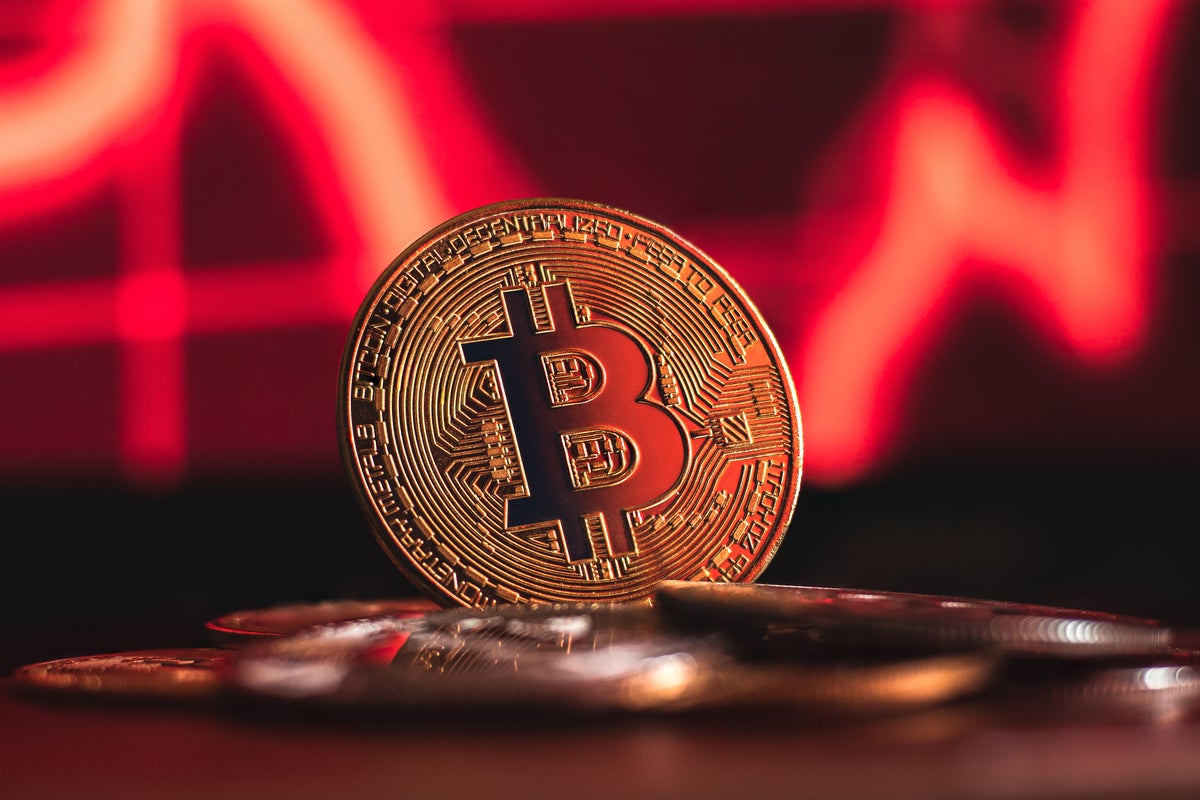 See Also: How To Get Free Crypto

Why It Matters: Bitcoin and Ethereum plunged sharply as investor sentiment remained subdued ahead of a key policy meeting of the U.S. Federal Reserve and earnings data from major tech giants.

This week’s Federal Open Market Committee meeting could possibly end with a 100 basis points interest rate hike, according to some economists.

The specter of rate hikes and a looming recession have not spared the dollar either, which has been inversely correlated with cryptocurrencies lately. The dollar index, a measure of the greenback’s strength against a basket of currencies, traded 0.08% lower at 106.40 at press time.

Edward Moya, a senior market analyst with OANDA, noted the stack of macroeconomic fundamentals working against Bitcoin in a note seen by Benzinga.

“Cryptocurrencies are broadly weaker as investors await an FOMC decision that will likely conclude with a 75 basis-point rate increase and reaffirm a commitment to fighting inflation.”

Delphi Digital said that going forward, there are two important timeframe levels for investors. If Bitcoin breaks above the current price range of $20,000 to $24,000, “high time-frame resistance” will come into play around the $28,000 to $30,000 region, it said.

“​​If [Bitcoin] breaks below the current range, we are likely looking at the $10K-$12K price range, with some possible front running in the $14K-$16K region,” Delphi Digital said in a note.

Cryptocurrency trader Michaël van de Poppe said “people really expect the worst” out of Wednesday — the final day of the FOMC meeting — ”but maybe the worst is already heavily priced in.”

People really expect the worst out of Wednesday, but maybe the worst is already heavily priced in.

An indicator that identifies a turning point in an asset’s price trend was used by Ali Martinez on Ethereum’s daily chart. The analyst said that TD Sequential presents a “sell signal.”

Ethereum’s gas consumption dominance by non fungible token activities has risen 6.2% since November, while that of decentralized finance applications fell from 27.5% to 15.1%, said Glassnode, an on-chain data focused company.

Meanwhile, the dominance of DeFi applications has declined from 27.5% to 15.1%.

Read Next: Mark Cuban Warns Crypto Faces Nightmare From SEC’s Next Move: ‘Wait Till You See What They Come Up With’