Cryptos Cross $1 Trillion In Market Cap: Is The Bull Run On? 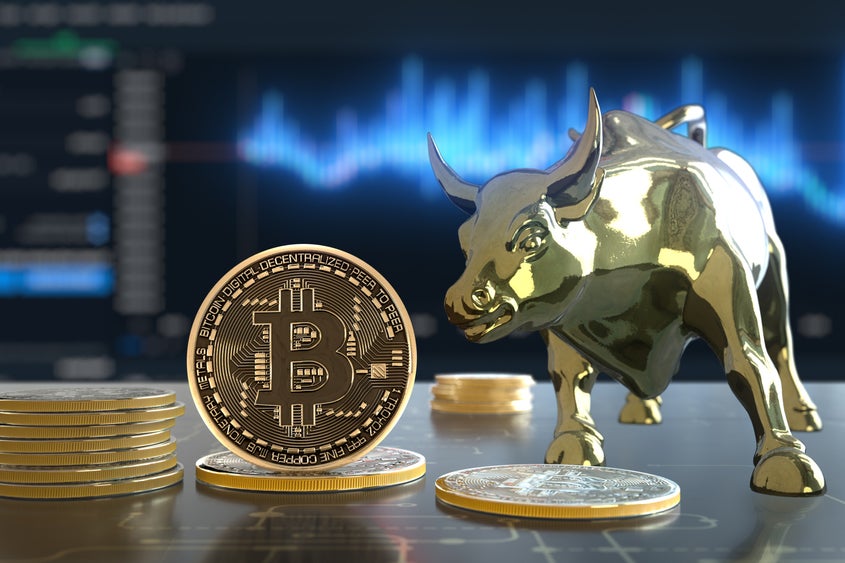 After a dramatic crash in prices over the last several weeks, the cryptocurrency market has crossed the $1 trillion mark in market capitalization, bringing relief to investors and raising optimism about the start of a bull run.

Strong buying interest in the world’s largest digital currency Bitcoin BTC/USD catapulted its prices well above the $22,700 mark, while prices of the second most valuable crypto Ethereum ETH/USD crossed the $1,600 mark, lifting the entire crypto market by about 5% in the last 24 hours.

The market capitalization of the crypto market stands at $1.01 trillion, a level seen last on June 13.

While Bitcoin’s market capitalization stands at $420 billion, Ethereum is sitting at a total market cap of $120 billion, with $20 billion having been added in the last 24 hours alone.

Ethereum Up 54% In One Month

According to data from CoinGecko, Ethereum is up by an impressive 54% over the last month, on the back of its much-anticipated merge from its current state as a proof-of-work (PoW) blockchain to an energy-efficient proof-of-stake (PoS) network in September this year, also dubbed as “Ethereum 2.0.”

According to experts, while there are signs of a revival in the overall crypto market, it would be premature to call it a bull run.

“For one, there are no supporting headwinds to support the rally with most factors that led to the crypto winter still in place. Investors can add small amounts of money at this point and wait for overall sentiment to turn positive before joining in the bull run when it begins later on,” Arijit Mukherjee, founder of Yunometa, an NFT marketplace, told Benzinga. “It is also important to research and pick the right tokens at this point rather than just join the herd in search of a quick buck.”

Jenny Zheng, NFT business development lead at Bybit, said it was very obvious that a downward trend is currently underway and that historically, there have been 200 weeks of sideways trading before a price break upwards.

“What we have seen this week is the break upwards. But this does not mean that the upward trend will continue. We have to bear in mind that we are still in the bear market. The wild price fluctuations are part and parcel of the crypto, I will not go all in just because I see a small jump this week,” Zheng says.

Notably, a report from blockchain analytics firm CryptoQuant states that miners are rapidly exiting their Bitcoin positions, with 14,000 Bitcoin, worth more than $300 million, transferred out of wallets belonging to miners in a single 24-hour period at the end of last week.

In the last few weeks, miners have offloaded the largest amount of Bitcoin since January 2021.

“Based on the historical price patterns, the market is still in a bear channel, which started back in May. The two-week upswing is just temporary. This is no way near a bull run,” Philip Verrien, project lead at Pollen DeFi, said.

According to Anndy Lian, chief digital advisor to the Mongolian Productivity Organization, there is no way to stop a bear market, which is a part of a financial cycle.

“In the last week, we saw a bullish knife-catching trade setup, and everyone was excited saying that bulls are back. This is totally not realistic and a misconception of naive investors,” Lian said.

The co-author of “Blockchain Revolution 2030” added that bear markets are synonymous with momentary price upswings and that four of the last six months have been negative for crypto markets, signaling that the bear trend continues.