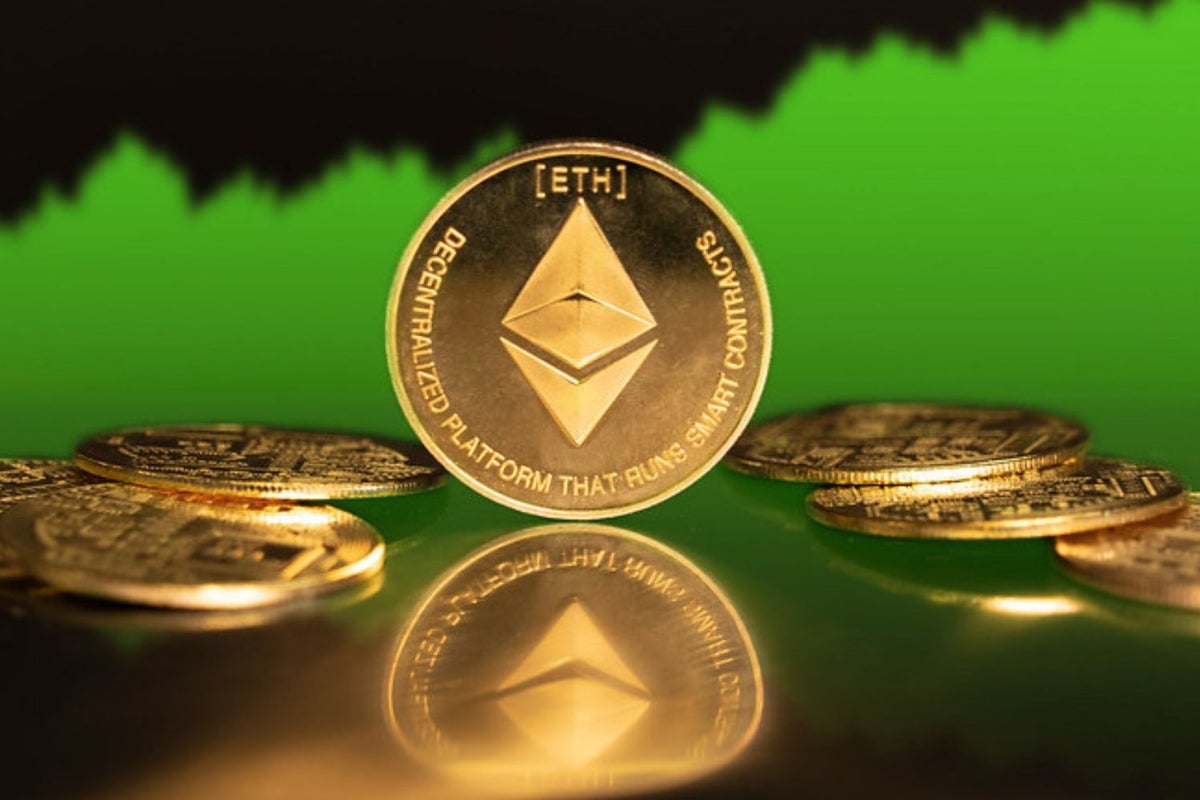 The risk-on mood has proved salubrious for the financial markets, and cryptocurrencies are no exception, especially Ethereum ETH/USD, which has been a standout.

Ethereum On A Tear: Since peaking at $4,891.70 on an intraday basis on Nov. 16, 2021, Ethereum was on a secular decline until January 2022. A consolidation phase followed, with the crypto moving sideways in a broad range of 2,350-3,500, stung by global economic worries. It moved below the range in early May and was seen going into a free fall until mid-June.

Ethereum was again consolidating until mid-July. After completing a triple-bottom formation around the $1,000 level, it took off along with the other financial assets. A four-session winning streak seen since Aug. 10 propelled the crypto past the psychological mark of $2,000 on Saturday for the first time since May 31.

Since bottoming at 896.11 on June 18, Ethereum peaked at 2,012.39 on Saturday, a trough-peak advance of about 121% in about two months.
Notwithstanding the recent rally, Ethereum is still about 40% down year-to-date but has clocked a more modest loss compared to Bitcoin’s BTC/USD 48% plunge.

With the recent run, Ethereum’s relative-strength index has climbed to 72, suggesting it is in the overbought zone, portending some downside risk.

That said, the near-term outlook largely hinges on how the economic fundamentals will play out.

What’s Behind Ethereum’s Surge: Apart from the macroeconomic factors discussed, the rally is also supported by an Ethereum-specific catalyst. The crypto is about to undergo the most significant upgrade in its history, called the Ethereum Merge. This represents the joining of the existing execution layer of Ethereum with its new proof-of-stake consensus layer, which will eliminate the need for energy-intensive mining.

The network is instead secured using stalking ETH. Ethereum founder Vitalik Buterin recently said at a conference that the Merge is being initiated following eight years of work. It is rumored that the Merge will take place on Sept. 15.