Guide: How To Stop Coughing So Hard From Marijuana Smoke 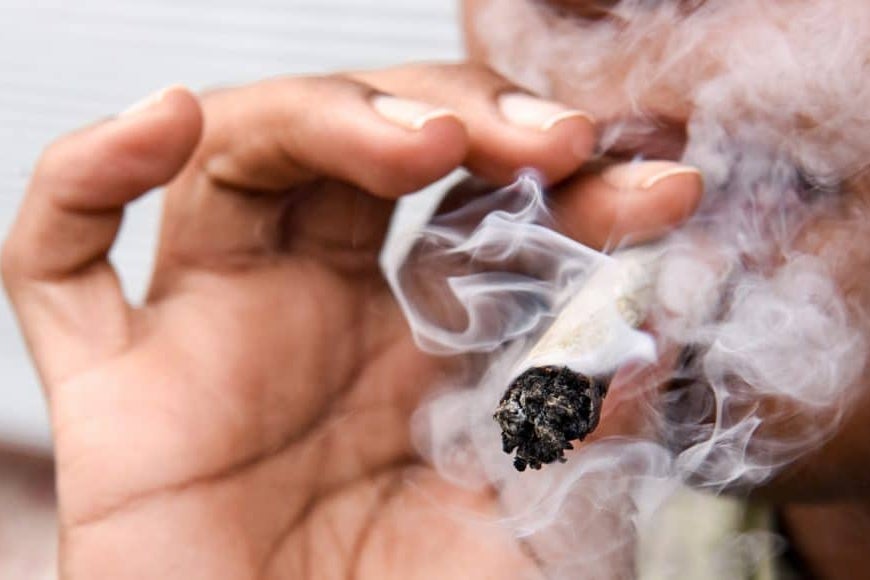 Sure, it’s a natural instinct to jump in there like the big boys and start chiefing away like Cheech and Chong, but that’s where most beginners go terribly wrong.

There is nothing that makes a marijuana user appear more like a novice than when they cough after every single hit. Their face turns all beet red, their eyes start watering as though they had just watched “Toy Story 3” and the hacking sounds coming from their gyrating body tells the others in the room that they can’t hold their weed. In a lot of ways, coughing incessantly after smoking marijuana is tantamount to when someone scrunches up their face down at the local bar after taking a shot a tequila. Everyone can always tell a lightweight by these physical reactions and let’s face it, no one wants to be considered an amateur in a time when smoking grass is becoming so popular.

See also: Why Does Marijuana Make Some People Faint?

If you are reading this, chances are you sound as though you are choking on a chicken bone every time you smoke weed. Fortunately, there are a few things a person can do to help them cough less and join the ranks of the professionals. Pay close attention here, kids, your reputation is on the line.

The first move a new pot smoker can apply to diminish those embarrassing coughing fits is to just take smaller hits. Sure, it’s a natural instinct to jump in there like the big boys and start chiefing away like Cheech and Chong, but that’s where most beginners go terribly wrong. The virgin lungs need some finessing, a little wining and dining before they are anywhere ready for this sort of abuse. Smoking weed isn’t a competition. Never be afraid to take a smaller hit than everyone else, if that’s what needs to happen to prevent one of your lungs from ending up on the living room floor.

A true professional understands his or her limits.

Another pro toker move that helps keep coughing to a minimum is to just inhale deeply after taking a hit. One of the most common rookie mistakes is taking a hit and hesitating to suck the smoke down into the lungs right away. This can sometimes cause the smoke to get trapped in the throat, and that’s when the body goes haywire in its fight for survival. What’s more is inhaling the smoke deeply also allows you to gain the maximum buzz benefits from your weed smoking endeavors.

Well, would you look at that, you’re already well on your way to stepping up your weed smoking game.

There is also something to be said about buying higher quality marijuana. Some of the stuff sold on the black market could contain dangerous pesticides and other chemicals than make even the smallest hits entirely too harsh. And nobody wants to smoke grass that has been tainted by poisons anyway. So, the best move is to purchase cannabis products from a licensed dispensary, one that is subject to testing and other regulations that ensure the weed you are buying is clean. That could make all the difference in the world when it comes to controlling those coughing fits.

See also: Why Some People Don’t Get High The First Time They Smoke Weed

However, some people just aren’t fit for smoking. It doesn’t matter how good the weed is or how small the hits are, these people are just destined to cough themselves into a red-faced stupor each time they partake. If you find that you are one of those who falls into this category, don’t give it a second thought. There are a variety of other pot products on the market right now that are entirely smoke-free. Might we suggest trying vaporizers (from legal stores only) or edibles? These products come with their own risks and side effects, but coughing typically isn’t one of them.

By The Fresh Toast