If You Invested $1,000 When Jim Cramer Sent This Tweet About Coinbase, Here’s How Much You’d Have Now 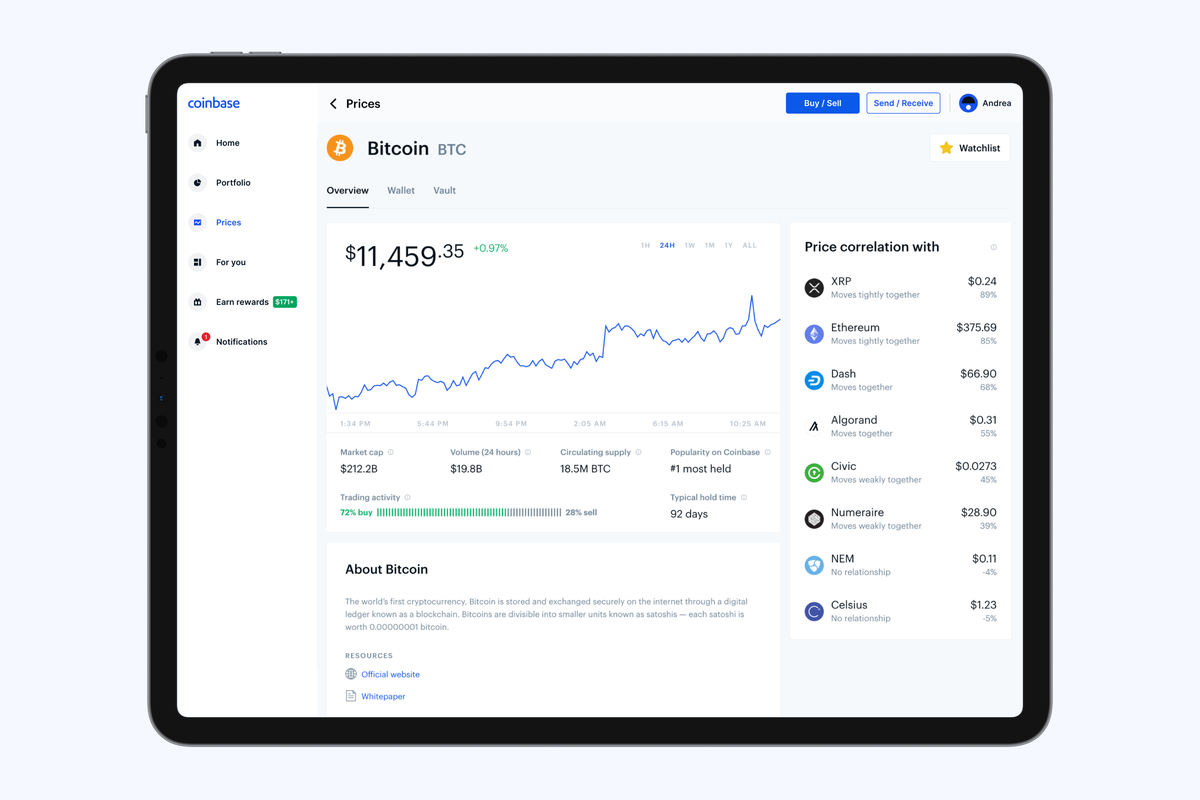 Coinbase Inc COIN is an option for anyone wishing to start investing in cryptocurrencies since it offers a user-friendly interface, instructional resources and robust security features.

Yet some investors might be hesitant to put their money in the company’s stock.

Shares of Coinbase have never returned to its initial public offering price of $381 since April 2021, when they reached a same-day price of $429.54.

In fact, shares are down 72.85% since the company debuted on the Nasdaq.

Its stock price is exposed to the volatility of cryptocurrency prices, often moving in sympathy with Bitcoin BTC/USD when the price of the coin falls or rises.

In late July, it was revealed that the company was being investigated by the SEC for whether it improperly let Americans trade digital assets that should have been registered as securities, according to a Bloomberg report.

Paul Grewal, the chief legal officer at Coinbase, responded by tweeting that the company does not offer securities — attaching a blog post from July 21 regarding a former Coinbase employee who had been accused of securities fraud by the SEC.

Read more: If You Invested $1000 In The AMTD Digital IPO, Here’s How Much You’d Have Now

I have been waiting for this SEC investigation of Coinbase to happen for ages. Now here we go. You can’t just do what you want with securities in this country..

“I have been waiting for this SEC investigation of Coinbase to happen for ages,” he wrote. “Now here we go. You can’t just do what you want with securities in this country..”

On Thursday, it was announced that BlackRock Inc BLK — the world’s largest asset manager — was partnering with the crypto platform to provide institutional investors an easier way to manage and trade Bitcoin.

Shares rocketed more than 31% to highs of $116 after the announcement.