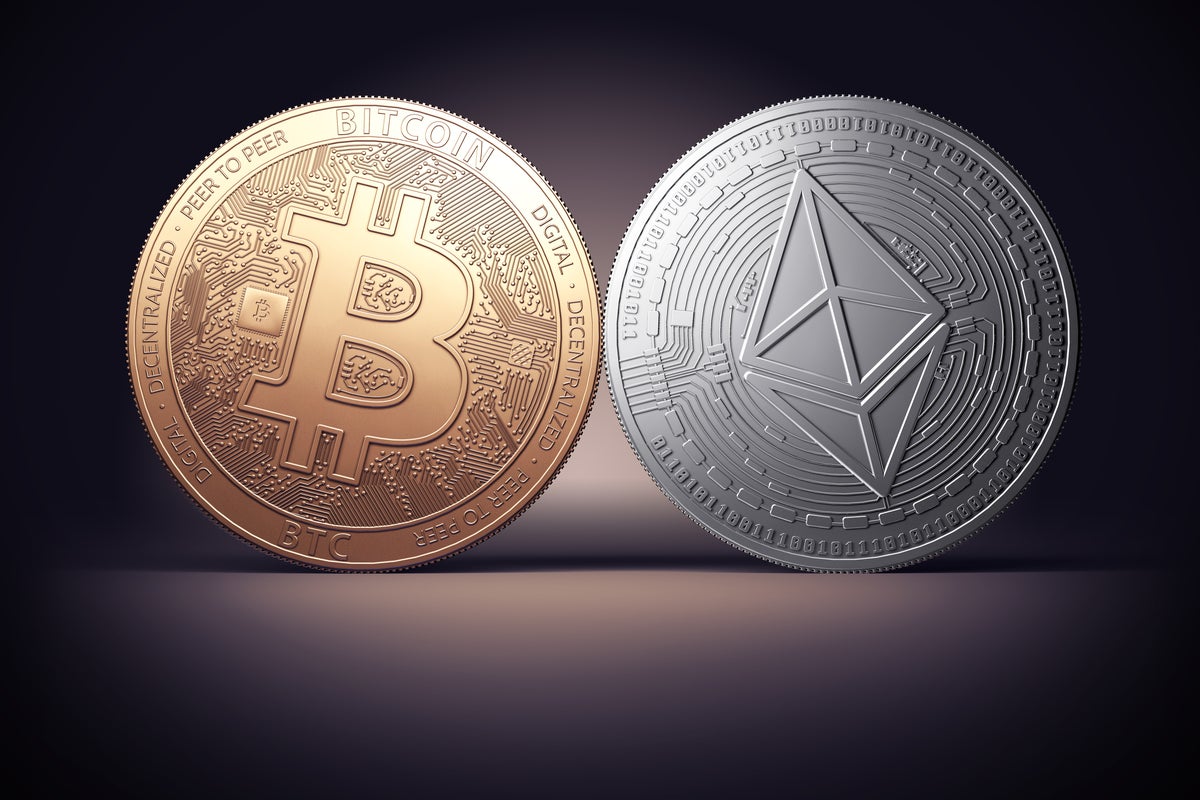 Bitcoin and Ethereum traded flat but Dogecoin spiked as the global cryptocurrency market cap fell 0.9% to $1 trillion at press time.

Why It Matters: The two major coins exhibited weakness Wednesday evening along with stocks, which closed higher intraday but lost steam in the after-hours session.

Macroeconomic headwinds continue to blow against Bitcoin, but “peak pessimism” is close to getting priced in, said OANDA senior market analyst Edward Moya.

“The risks remain elevated but now Bitcoin is at the $24,000 level and selling pressure seems to be throwing in the towel for now,” said Moya on Tuesday in a note, seen by Benzinga.

In an earnings release, Elon Musk-led automaker Tesla Inc TSLA said it had sold off 75% of its Bitcoin holdings and netted $963 million from the sale. Last year it purchased $1.5 billion of the apex coin.

Michaël van de Poppe said on Twitter that Tesla’s sale was one of the contributors to the recent Bitcoin crash. He said this is also “why we’re close to the bottom.”

So, not only forced selling from 3AC, $LUNA & $UST, but also Voyager, BlockFi and Celsius have been causing the markets to crash.

On top of that, Tesla did sell 75% of their #Bitcoin purchases towards cash.

That’s what caused the crash.

In a separate tweet, the cryptocurrency trader noted that without earnings from Bitcoin, Tesla’s cash flow was “probably going to be negative.”

Earnings were partially pushed further upwards from $TSLA due to the earnings from #Bitcoin.

This means that their cash flow were probably going to be negative without the earnings on $BTC. pic.twitter.com/yo1HXw8VbB

Markets are looking a little top-heavy.

Maybe a flush of late longs here. Be careful.

Chartist Ali Martinez said that the Tom Demark (TD) Sequential, a tool that can help discover the exact time of trend exhaustion and price reversal, indicates a “sell signal” on Bitcoin on its four-hour chart.

The TD Sequential presents a sell signal on $BTC four-hour chart. A sustained four-hour candlestick close below $23,600 can trigger a correction for #BTC to $22,500 or even $21,670. pic.twitter.com/INZKFAeJJm

Meanwhile, profit-booking has been more robust in Ethereum than in Bitcoin as the two assets diverged recently. Ethereum has seen far more signs of profit taking. The ratio between transactions in profit vs. loss paints two very different pictures for the top market cap assets in [cryptocurrencies],” tweeted Santiment, a market intelligence platform.

Both #Bitcoin and #Ethereum have had a great rebound month here in July, but $ETH has seen far more signs of profit taking. The ratio between transactions in profit vs. loss paints two very different pictures for the top market cap assets in #crypto. https://t.co/BM1YzNaAwi pic.twitter.com/fGHizkLmFk

Read Next: Michael Saylor Comments On Tesla’s Bitcoin Sale: How Much Did Tesla Really Sell?