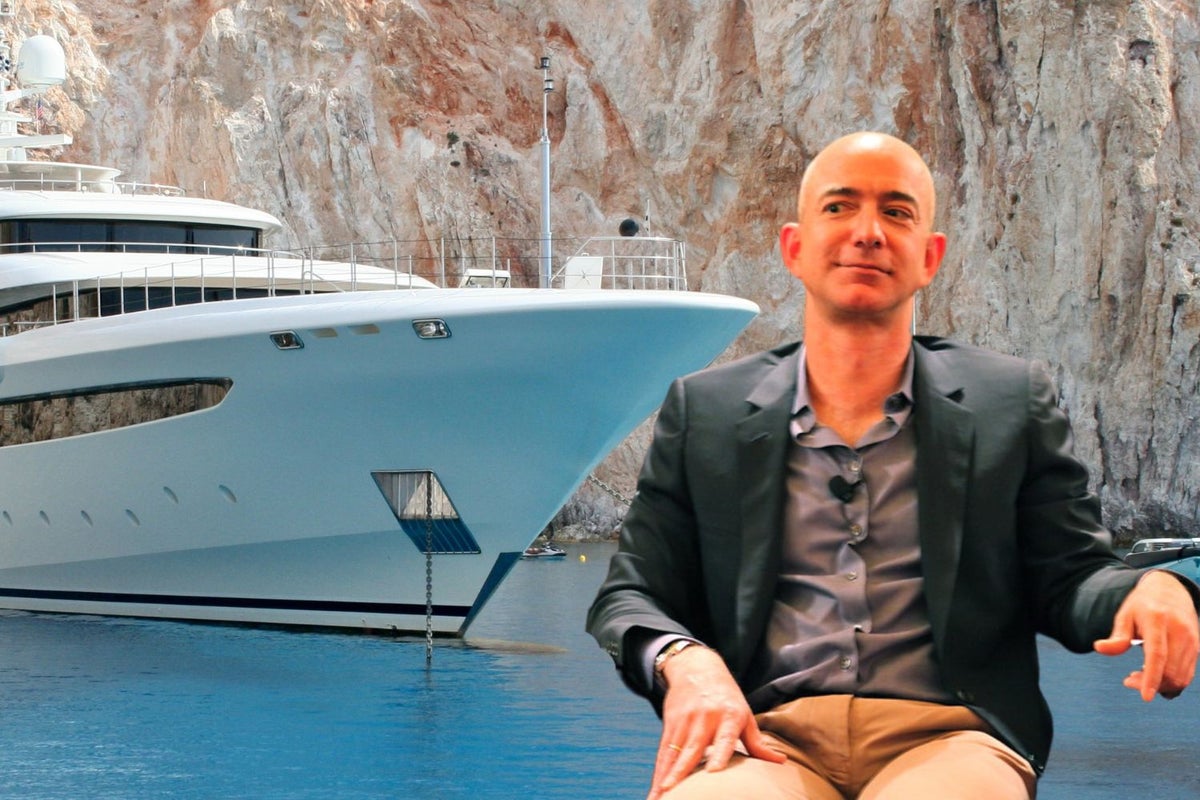 An unfinished mega yacht belonging to the world’s second-richest man has made its way out of the shipbuilding yard in the Netherlands after being the target of threats. Here’s why the ship was moved and where it went.

What Happened: An unfinished $500 million yacht being built for Amazon.com Inc AMZN founder Jeff Bezos has been towed away from the Oceanco shipyard in Alblasserdam.

Benzinga previously reported the superyacht was stuck in a Dutch city after it was revealed it wouldn’t be able to fit through a passageway after being built due to being too large. A historic bridge was going to be dismantled to help the ship get through.

The New York Post is reporting the yacht was relocated to the Oceanco shipyard in Greenport, located 24 miles away.

The YouTube channel Dutch Yachting has video of the vessel being towed, which can be viewed below. Yacht enthusiast Hanco Bol who owns the channel wrote of the towing.

“We never saw a transport going that fast,” Bol said. “It took less than three hours for the ship to travel southwest along the Noord canal even though it normally requires nearly twice as much time to traverse the route.”

Bol said Oceanco, the company making the yacht, could have chosen to make the quick move due to the publicity surrounding the big name of Bezos.

Related Link: 5 Things You Might Not Know About Jeff Bezos

Why It’s Important: Bezos’ superyacht became the subject of criticism from local residents as the city agreed to temporarily dismantle the historic Koningshaven Bridge, also known as “De Hef.”

The bridge decision led to threats from locals that they would throw eggs at the yacht if the landmark bridge was dismantled.

“De Hef” is over 150 years old and has a 130-foot clearance. The bridge was refurbished in 2017 and has gained landmark status and serves as a national monument after being bombed during World War II.

Oceanco withdrew the request for the city council to temporarily dismantle the bridge after the public push back.

Coincidentally, the towing of the superyacht avoided going underneath “De Hef,” even though it would have saved time, Bol said.

“I think that was intentional,” Bol said.

The unfinished superyacht is set to be one of the biggest in the world and will be owned by Bezos, the world’s second-richest man with a wealth of $165 billion according to the Bloomberg Billionaires Index.

Photo: Created with an image from Steve Jurvetson on Flickr