A Look At Coinbase, Riot Stocks As Bitcoin And Ethereum Signal Indecision 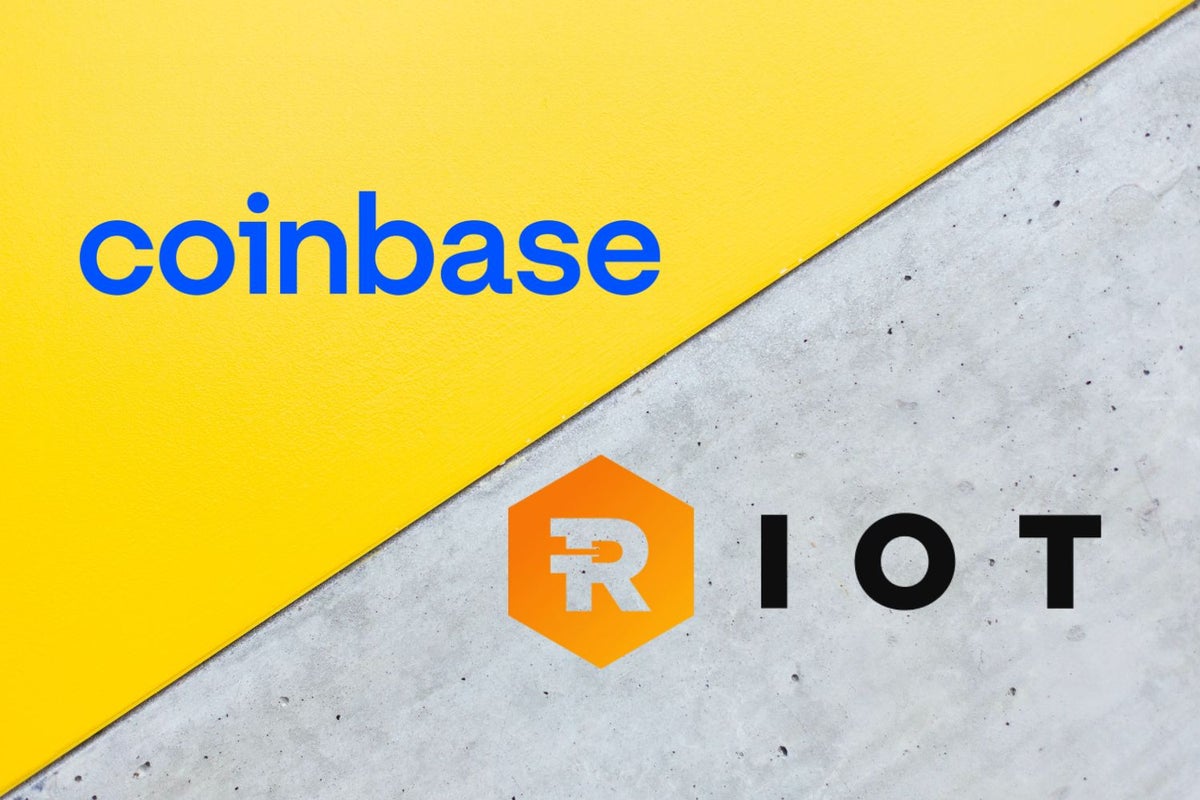 Coinbase Global, Inc COIN and Riot Blockchain, Inc RIOT were trading down over 2% and 3%, respectively, on Monday in sympathy with Bitcoin BTC/USD and Ethereum ETH/USD, which were falling over 2% and 4%, respectively.

The apex cryptos, when their charts are compared to each other, are showing indecision on larger time frames. On the weekly chart, Bitcoin has rejected the 200-day simple moving average (SMA) over the course of the last six weeks. Ethereum, however, shot up above the 200-day SMA the week beginning July 11 and has remained trading above the level.

The 200-day SMA is an important bellwether indicator and with Bitcoin trading below the level and Ethereum above it, technical traders and investors are likely feeling wary as to which direction the crypto sector is headed in over the coming weeks and months.

Want direct analysis? Find me in the BZ Pro lounge! Click here for a free trial.

The Coinbase Chart: Coinbase reversed course into an uptrend on June 30 and printed its most recent higher high on July 20 at $79 and the most recent confirmed higher low was formed at the $50.34 level on July 14. If Coinbase is printing its next higher low on Monday, traders can expect the stock to rise higher on Tuesday and print another higher high over the next few days.

Coinbase’s doji candlestick was printing on lower-than-average volume, which coincides with the theory the stock is consolidating and running out of sellers. At press time, about 5.33 million Coinbase shares had exchanged hands, compared to the 10-day average of 15.27 million.

The Riot Chart: Riot, like Coinbase, reversed into an uptrend on July 1 and printed its most recent higher high on July 22 at $7.87 and its most recent confirmed higher low at the $4.52 level on July 13. Also like Coinbase, Riot’s doji candlestick on Monday may indicate the next higher low has been set, and the stock will trade higher over the next few days to continue in its uptrend.

Riot was also trading on lower-than-average volume on Monday. At press time, Riot’s volume was measuring in at about 8.84 million, compared to the 10-day average of 22.49 million.

See Also: Mark Cuban On The Nightmare Waiting For The Crypto Industry