Alphabet misses on earnings and revenue for second quarter 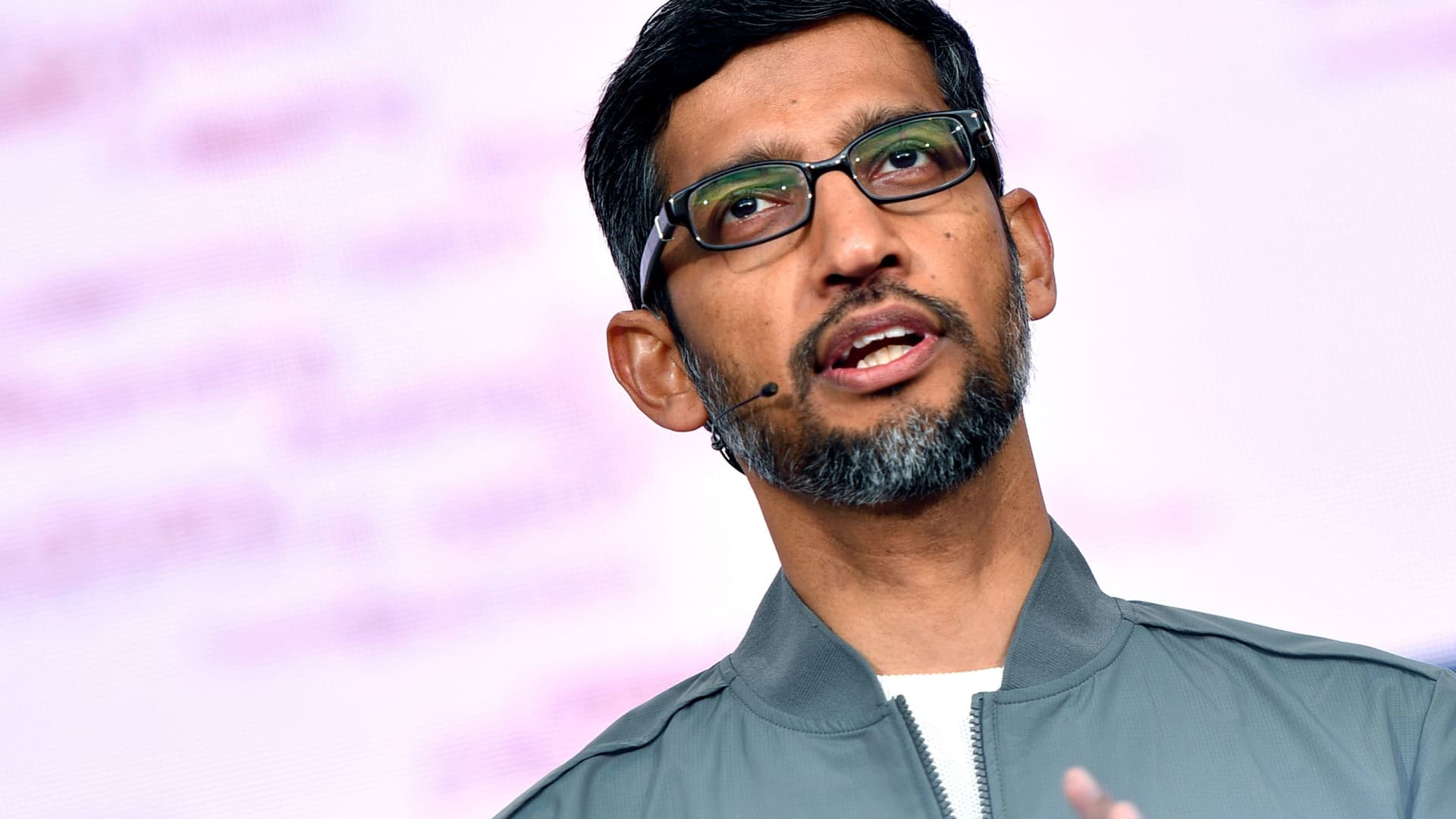 Google CEO Sundar Pichai speaks during the Google I/O keynote session at Shoreline Amphitheatre in Mountain View, California on May 7, 2019.

Alphabet reported weaker-than-expected earnings and revenue for the second quarter. The stock rose more than 4% in extended trading.

Revenue growth slowed to 13% in the quarter from 62% a year earlier, when the company was benefiting from the post-pandemic reopening and consumer spending was on the rise.

Porat also characterized the current outlook as one of “uncertainty in the global economic environment.”

Advertising revenue increased just 12% to $56.3 billion, as marketers reeled in their spending to manage inflationary pressures. The most notable deceleration was in the YouTube division, where sales rose 5% after jumping 84% in the same period a year ago.

In addition to the overall pullback in ad spending, YouTube is also facing heightened competition from TikTok in short-form videos.

The report comes days after Snap announced disastrous quarterly results and said it plans to slow hiring because “forward-looking visibility remains incredibly challenging.” In contrast to Snap, Alphabet shares rose slightly after its numbers were released, as investors may have been expecting more troubling signs.

Google’s Search and Other revenue was $40.69 billion, up from $35.85 billion the year prior, the report showed. That growth was boosted by travel and retail queries, said Philipp Schindler, Google’s chief business officer.

Revenue in Alphabet’s Other Bets segment, which includes self-driving car unit Waymo as well as some health-tech projects and the company’s venture arms, rose by $1 million from a year earlier to $193 million. It lost $1.69 billion during the quarter.

Google Cloud, which fell short of revenue expectations, lost $858 million during the quarter. The cloud division is trying to take share from Amazon Web Services and Microsoft Azure, the top two players in the market. Microsoft said on Tuesday that revenue from Azure and other cloud services grew 40% in the period.

Alphabet said its headcount rose 21% to 174,014 full-time employees from 144,056 the year prior. However, the company said last month it will slow the pace of hiring and investments through 2023, and CEO Sundar Pichai told employees in a memo, “we’re not immune to economic headwinds.”

The company expects those challenges to continue through the end of 2022.

“Going forward, the very strong revenue performance last year continues to create tough comps that will weigh on year on year growth rates of advertising revenues for the remainder of the year,” Porat said on the call.

Alphabet didn’t provide a revenue forecast, but analysts expect growth for the year of 14% to $293.9 billion, according to Refinitiv. The shares have lost about a quarter of their value this year.

WATCH: With the recession looming, ad spending is going to come down

Technology Vs. Healthcare: These Stocks Are Leading Earnings Season

Senate Passes Inflation Reduction Act: ‘One Of The Defining Legislative Feats Of The 21st Century’