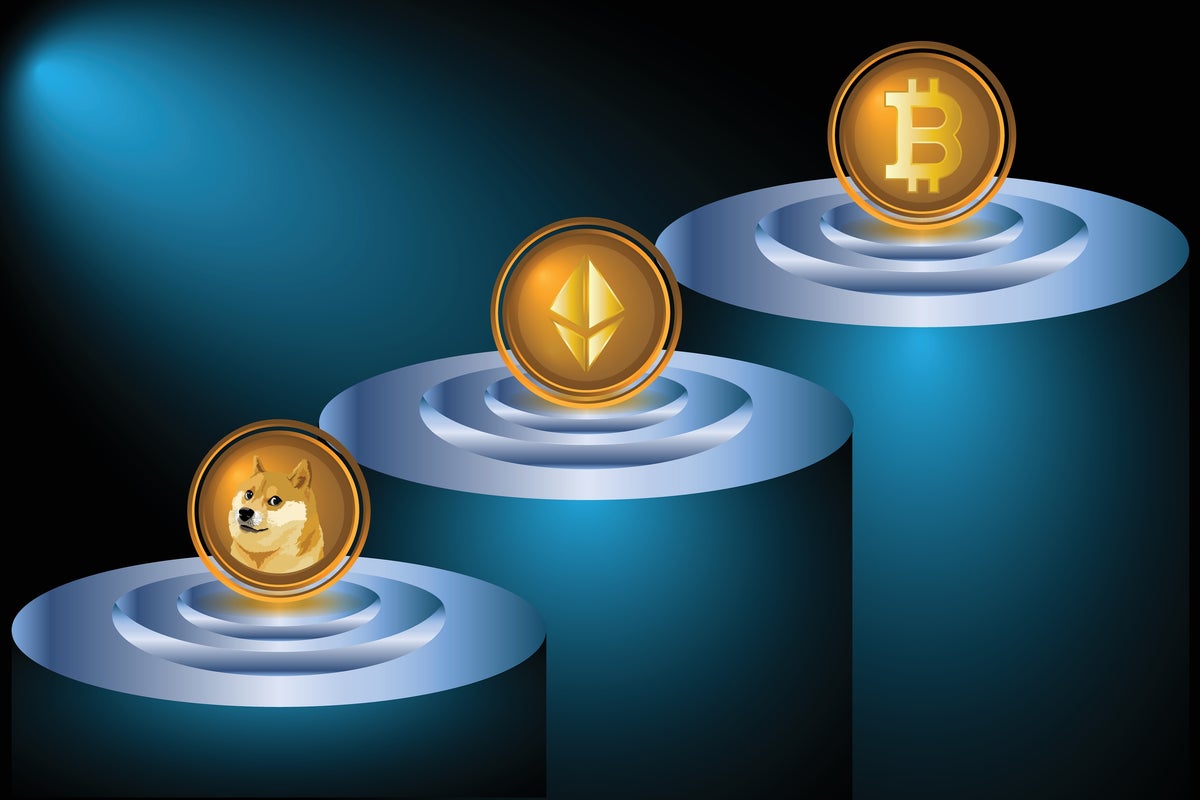 Bitcoin and Ethereum were seen deep in the green on Wednesday evening as the global cryptocurrency market cap rose 3.1% to $830.4 billion at 9:07 p.m. EST.

See Also:10 Best Robinhood Alternatives To Use In 2022

Why It Matters: The release of the Federal Open Market Committee minutes on Wednesday indicated that policymakers at the U.S. central bank judged that “slowing in the pace of increase would likely soon be appropriate.”

Risk assets were seen buoyant as expectations of a pivot by the Federal Reserve mounted. Cryptocurrencies spiked and stocks were in positive territory for two days in a row.

The S&P 500 and Nasdaq closed 0.6% and 1% higher respectively in intraday trading. At the time of writing, U.S. stock futures were in the green.

“Bitcoin and crypto markets bounced back today following the continuation of a relief rally in the S&P 500,” said Marcus Sotiriou, an analyst with GlobalBlock.

“Retail investors are accumulating at a rapid pace, as the Bitcoin supply held by on-chain entities between the size of 0.1-1 BTC is spiking,” said Sotiriou, in a note seen by Benzinga.

Cryptocurrency trader Michaël van de Poppe noted that the total market capitalization for cryptocurrencies is acting beneath the 200-week moving average but is still above the previous all-time high in 2017.

Total market capitalization for #crypto acting beneath the 200-Week MA, but still holding above the previous ATH in 2017. pic.twitter.com/SK4mYOSKJW

Justin Bennett noted that Bitcoin is closing in on the $17,000 level. The cryptocurrency trader said on Twitter, “I still think [Bitcoin] will run the $17,200 shorts before this is over. Needs a close above $16,580 to get it done.”

After a bullish deviation earlier this week, $BTC is closing in on that $17k level.

I still think #Bitcoin will run the $17,200 shorts before this is over.

This is the fourth largest daily realized loss in history,” said Glassnode.

This is the fourth largest daily realized loss in history, ranking behind:

On the Ethereum side, shark and whale addresses are continuing to accumulate with prices of ETH less than a quarter of what they were a year ago.

#Ethereum‘s active shark & whale addresses continue accumulating with prices less than a quarter of their #AllTimeHigh levels a year ago. In Oct/Nov 2020, these 100 to 100k $ETH addresses assisted in pushing $ETH to a +50% price rise over 5 weeks. https://t.co/v8gh4RfV7z pic.twitter.com/Oe3lTo12uj