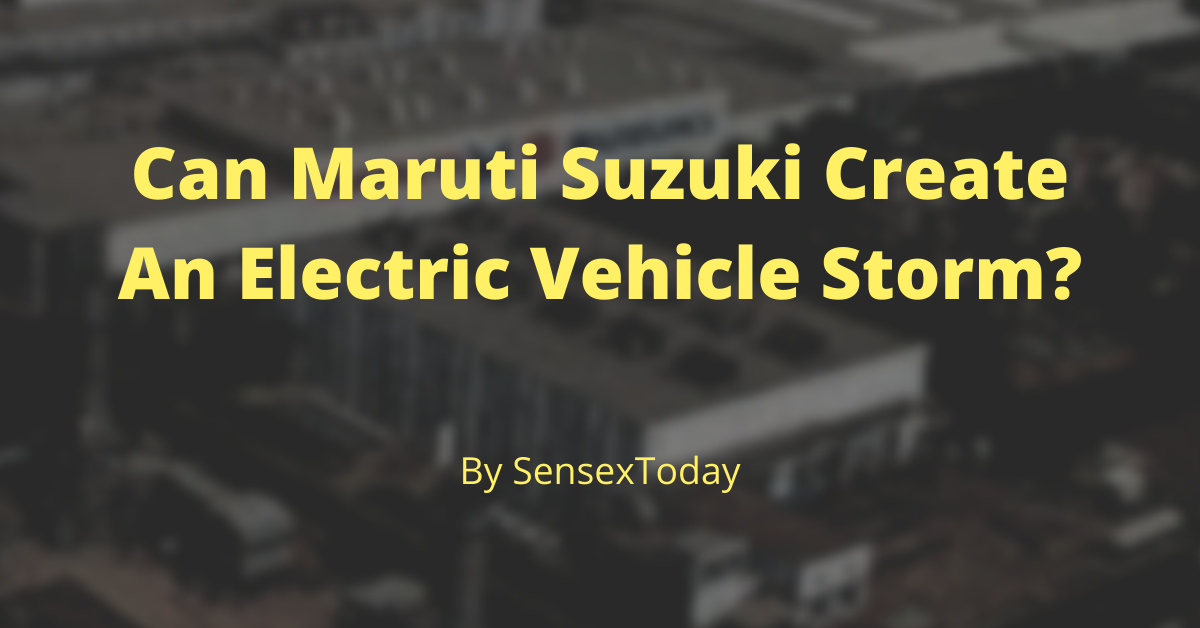 Since Thomas Edison invented light bulb; we all are much more fascinated about electricity. After that many more inventions were done and we also use them in our day-to-day life. But still, we are looking for something new, something futuristic. Now, we all are set to step in the Electric Vehicle World. EVs become popular because Zero carbon emission, Futuristic Designs, and Virtually no fuel cost. After the massive success of Tesla motors in America. Every single car manufacturer wants to concur the Electric Vehicle segment. In India all big players are betting on EVs. Such as Tata Motors, Hyundai India, Mahindra and Mahindra, MG Motors and now Maruti Suzuki.

At the earlier stage of EV revolution, the icon car making company Maruti Suzuki refused to enter in the segment. They want to enter at right time. Right time when policies are supporting the manufactures and consumers and the infrastructure takes place. Now, Maruti Suzuki’s parent Japanese company Suzuki motors announced that; they are investing 10,400 crores in Gujarat based their plant. The investment is being used in Electric Vehicle manufacturing.

Maruti Suzuki is the company who sells around 120,000 cars every month. Basically, they are dealing in the budget friendly car manufacturing for us. But why they pumping the huge capital towards the EV manufacturing. Because the company understands Indian customers much better than any other. We Indians want high quality cars at cheap price range that’s below 10 lakhs.

There is one more reason why Maruti Suzuki pumps up huge capital. The electric cars are so expensive. The costlier component of Electric car is their batteries. They cost nearly 50 per cent of the manufacturing cost of that Vehicle. It happens because the batteries are made up with the material that is rare on earth. I am talking about Lithium. The manufacturer needs to do heavy R&D to make sure that the batteries work properly. Further you have built it at scale. Because they need to keep cost low in every possible way.

Maruti Suzuki initially pump-up the 10,400 crores to nurture the Electric car segment in India. They put 3,100 crores for manufacturing Electric Vehicles in Gujarat based their manufacturing plant. Rest of 7,300 crores goes to batteries manufacturing and R&D. The plan is to launch the first EV from Maruti in the year of 2025. They are expecting to sell at least 10,000 vehicles every month. After all they are selling 120,000 cars every month.

There is one big problem for Maruti Suzuki here. The problem is known as TATA. Currently the TATA Motors leading the EV business in India. IN February alone TATA Motors sells 2,264 Electric Vehicles. At the time when Maruti Suzuki enters in the market with their Electric car; Tata Motors might become a juggernaut of EV segment in India. This might be happened because TATA has their own Echo system for Electric Vehicle manufacturing. TATA Power already sated more than 1,000 power stations. The company has TATA Chemicals who aids in Lithium Ion Cell. They have TATA AutoComp for battery assembly. Also, the big advantage they have is their own TATA Motors huge distribution network.

The one thing we never talk about is that the Maruti Suzuki is not the only one. Their parent company Suzuki Motors also have another subsidiary in Gujarat. That is called as Suzuki Motors Gujarat (SMG) also take benefits from the investments. Now we have to sit back and enjoy the competitive ride on Electric Vehicles. What you think about Electric Vehicles Let us know in the comment section below. Till now Good Bye, see you in the next one.