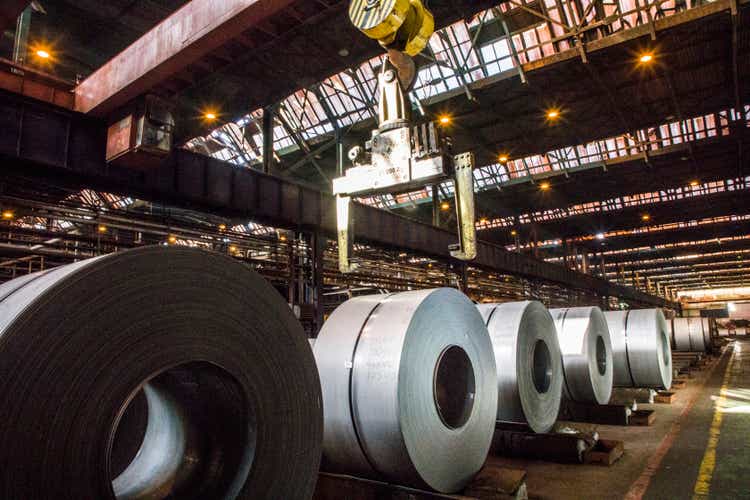 Cleveland-Cliffs (CLF) said it produced 3.6M net tons of steel products in Q2, down from 4.2 million net tons in the year-ago quarter, while benchmark steel prices averaged ~$1,300/ton in the quarter and $1,200/ton in Q1, but prices have since slid to $920/ton currently.

The company expects to see some price improvements when some of its annual fixed-price sales contracts reset in early October.

In the Q2 earnings conference call, CEO Lourenco Goncalves played down the threat of a recession and higher interest rates hurting auto demand, saying supply chain problems and COVID-related production outages over the past two years have left the vehicle market undersupplied.

“The automotive industry could have produced 8M-10M more vehicles than they actually did over the past two years. Pent-up demand for cars, trucks and SUVs has developed,” the CEO said, expecting more automotive volume in H2.

Goncalves also said Cleveland-Cliffs (CLF) will make no more “mega investments” in the coming years, bucking his competitors who have announced billions of dollars in planned spending on new mills.

“Our last big capital project was our Cleveland Works revamp, and we will not have any other capital projects of this magnitude until at least 2025,” Goncalves said, according to Argus Media.

Just this week, Steel Dynamics announced plans to build a $2.2B aluminum rolling mill in the southeastern U.S.