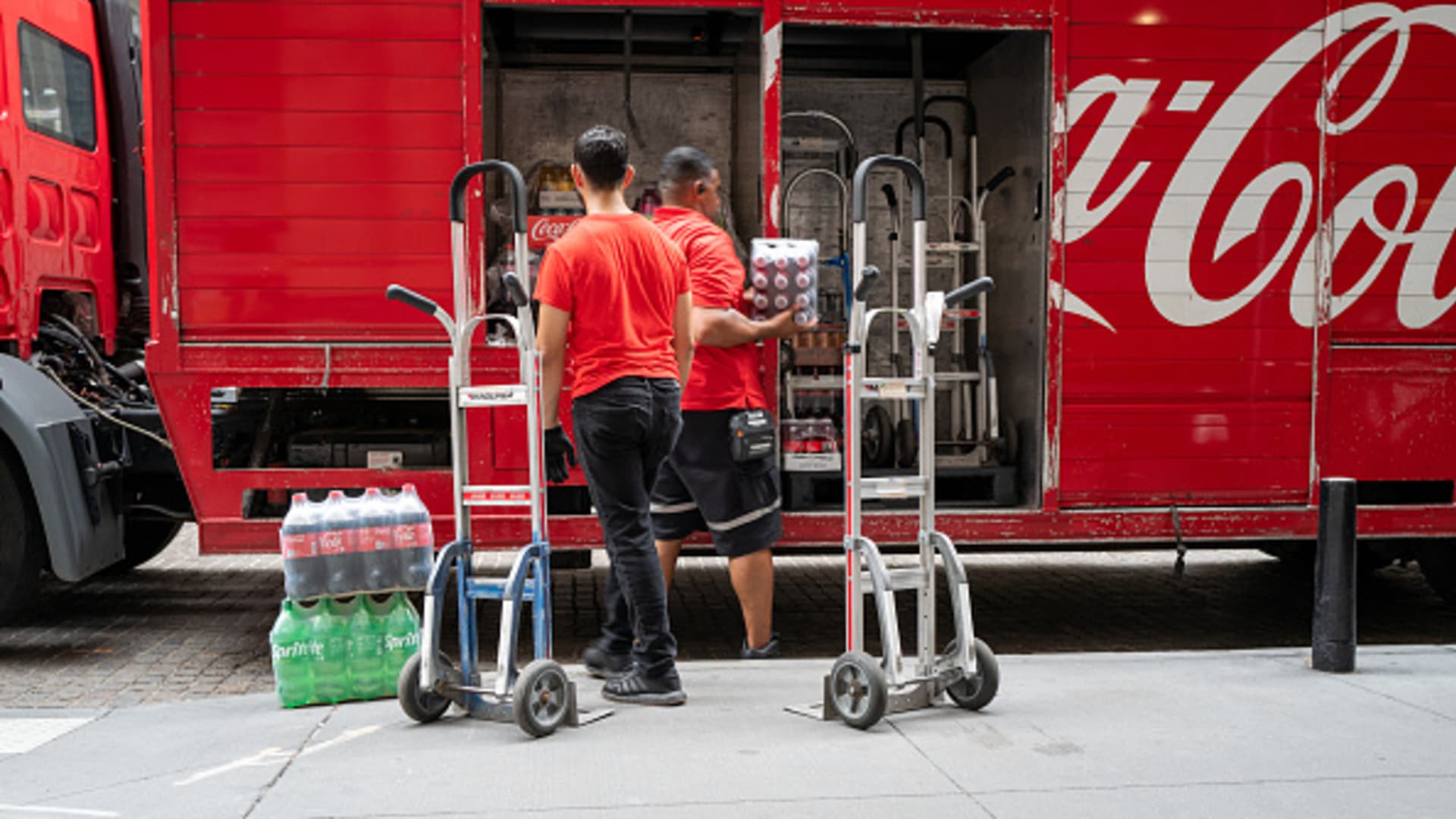 A woman is drinking Coca-Cola near Playacar Beach in Playa del Carmen, Mexico.

Coca-Cola on Tuesday reported quarterly earnings that topped expectations as the beverage giant’s sales at restaurants, theaters and other venues recovered from the pandemic.

Here’s what the company reported, versus what Wall Street analysts surveyed by Refinitiv expected:

The Atlanta-based maker of Sprite, Dasani and Minute Maid said it now expects organic revenue growth of 12% to 13% for the full year, up from its previous guidance of 7% to 8%. But it noted that commodity price inflation is expected to be steeper than previously forecast, and stuck by its outlook for comparable earnings per share to grow 5% to 6% from a year ago.

Coke said its revenue in the second-quarter increased 12% from a year ago on higher pricing and an increase in global case volume, which was driven by recovery in its away-from-home business. Before the pandemic, the company generated about half of its revenue from away-from-home occasions, like soda purchases at movie theaters or restaurants.

The company has raised prices to manage higher costs on freight, high fructose corn syrup and aluminum. In a conference call with analysts Tuesday, CEO James Quincey said the company is watching changes in consumer behavior and preparing for a more challenging economic environment.

But he said the company isn’t yet seeing a significant pullback in spending, and that consumers n recessionary environments typically stop buying bigger ticket items before trying to save on lower-ticket purchases.

“We tend to have some lead time going into a normal recession,” he said.

Earlier in July, archrival PepsiCo reported organic sales growth of 13% during its second quarter, fueled largely by higher prices for its snacks and drinks. Pepsi executives said that they expect inflation to worsen in the second half of the year.