Does Nancy Pelosi Share Stock Tips With Her Husband? Here’s What The Speaker Said 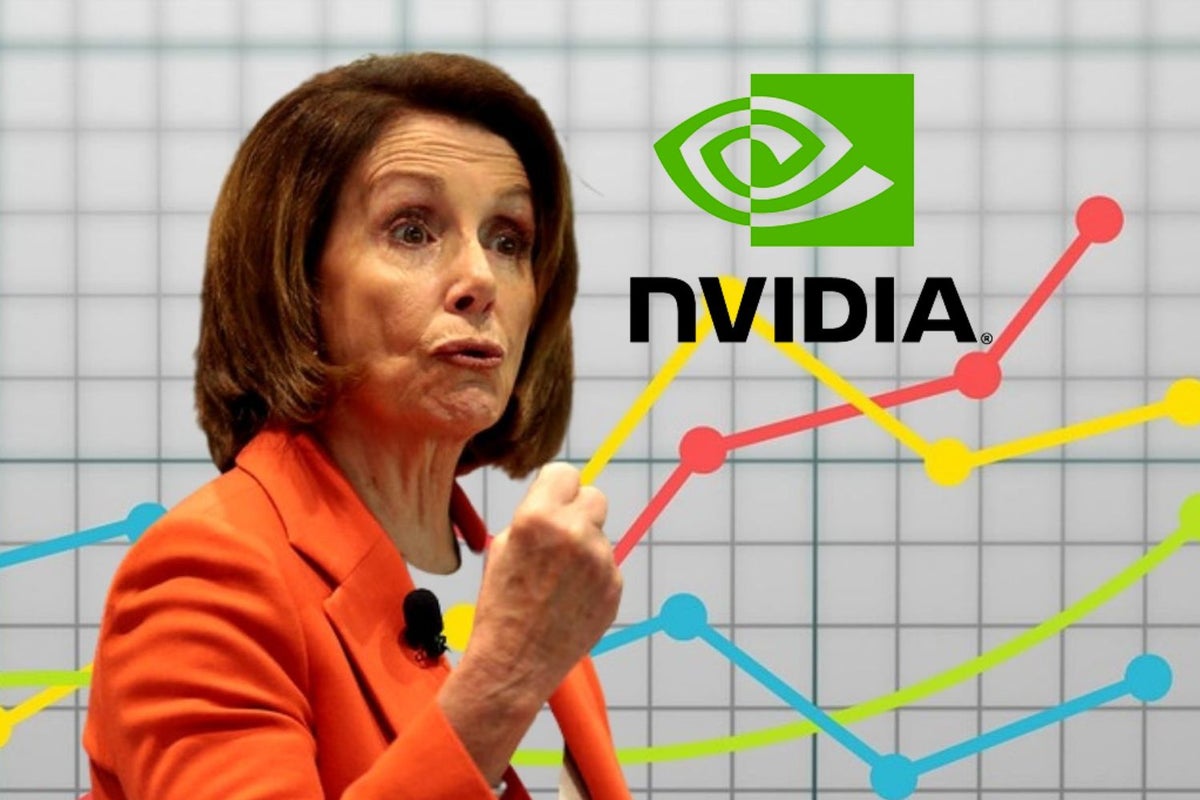 Speaker of the House Nancy Pelosi is one of the most famous members of Congress. Over the last several years, Pelosi has also become famous for something outside of politics, stock and option purchases made by her husband. Here’s what Pelosi had to say when asked about potential conflicts of interest.

What Happened: Pelosi’s husband Paul Pelosi is a venture capitalist. Together, the two Pelosis have to publicly file stock and option purchases made, whether it is Paul or Nancy who completes the trade. One recent trade has been questioned by the public.

The filing also showed the exercising of NVIDIA Corp NVDA calls at a strike price of $100 that have been called into question. The exercising came on June 17 when the options were set to expire.

The Pelosis exercised 200 options good for 20,000 shares in a transaction valued at $1 million to $5 million in the filing.

Many pointed to the timing of the transaction coming before Congress was set to vote on the CHIPS Act, which could provide $52 billion in subsidies and tax credits to semiconductor manufacturers like NVIDIA.

Pelosi was asked recently about potential conflicts of interest.

“Has your husband ever made a stock purchase or sale based on info received from you?” a reporter asked the Speaker of the House.

Pelosi responded “No, absolutely not” and then left the podium and ended the questions.

Reporter: “Has your husband ever made a stock purchase or sale based on info received from you?”

Pelosi: “No, absolutely not.”

The Pelosi’s recently bought shares in Nvidia, $NVDA, worth millions.

Nancy Pelosi backs the CHIPS Plus bill, a $52B semiconductor bill. pic.twitter.com/uMNIRVxg44

Some have compared the clip of Pelosi to a sketch featuring Dave Chappelle where he receives a question and then abruptly gets up and leaves the room.

Prior to the question being asked of Pelosi, it was said to be the last question she would take during the news conference.

Why It’s Important: Recently, Speaker Pelosi has praised the CHIPS Act and pushed for Congress to vote yes on the legislation supporting semiconductor companies.

A spokesperson for Pelosi previously said there was no insider trading happening on NVIDIA Corp shares.

“The Speaker has no prior knowledge or subsequent involvement in any transactions,” Pelosi’s spokesman Drew Hammill told Fox Business.

Pelosi has been one of the many names mentioned in a public cry for members of Congress and their spouses to be banned from trading stocks and options while in public office.

Pelosi was one of the best performing stock traders in Congress in 2021, based on her husband’s transactions. Pelosi and her husband ranked sixth in 2021 based on performance tracked by Unusual Whales. The Speaker ranked second for total volume on options and saw an average gain of 36.6% for option trading.

NVIDIA shares have increased since the transaction and disclosure, thanks in large part to the news surrounding the CHIPS Act.