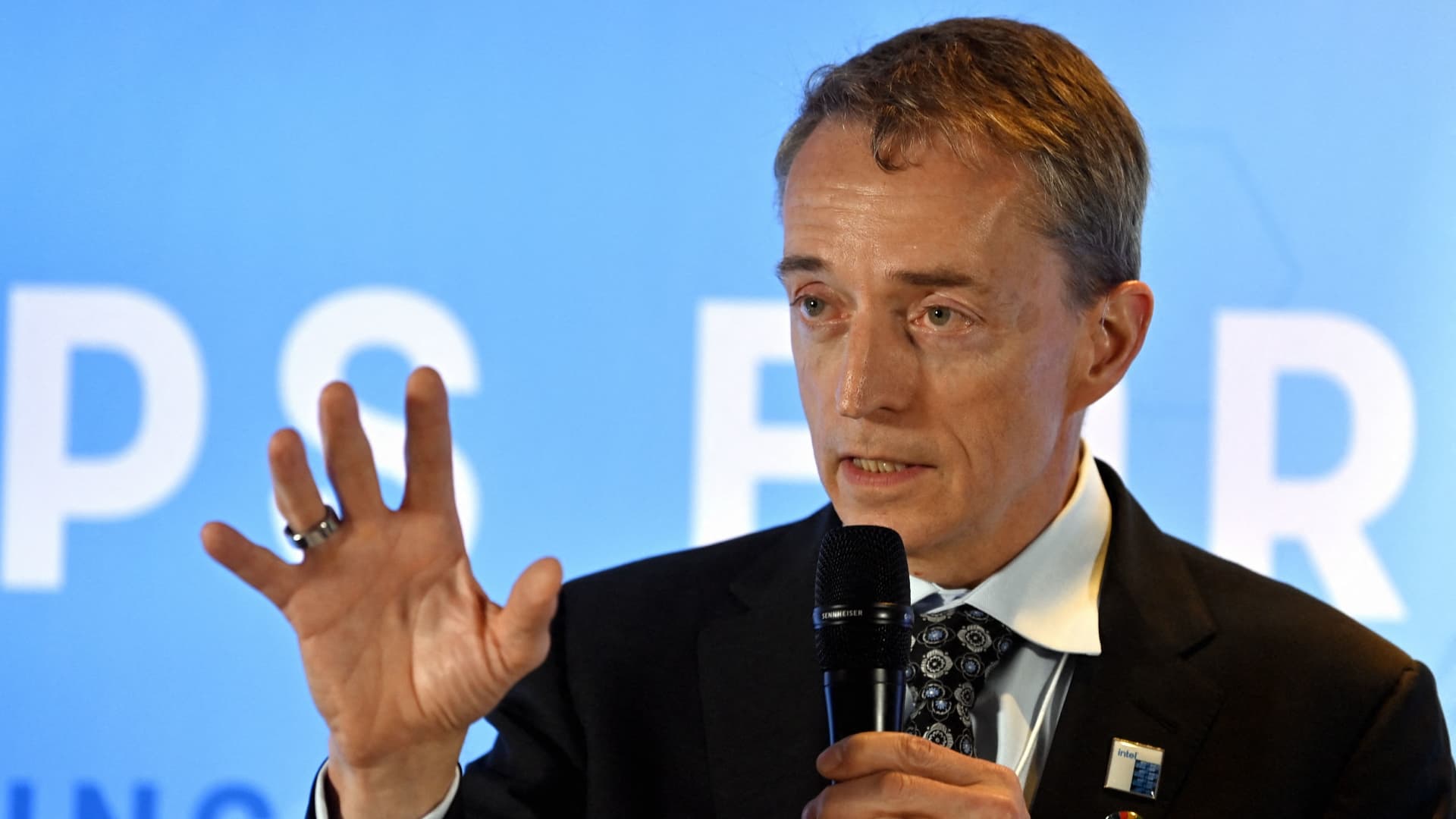 Intel shares sank as much as 10% in extended trading on Thursday after the chipmaker reported second-quarter results and quarterly and full-year guidance that fell short of analysts’ expectations.

Intel’s revenue declined some 22% year over year in the quarter that ended July 2, according to a statement. Revenue missed consensus by 14%, the company’s largest top-line disappointment since 1999, according to Refinitiv data. It ended the quarter with a $454 million net loss, compared with net income of $5 billion in the year-ago quarter. Gross margin narrowed to 36.5% from 50.4% in the previous quarter.

Intel CEO Pat Gelsinger pictured during the ‘Chips for health’ event at the Grischa Hotel at the World Economic Forum in Davos, Switzerland, on May 24, 2022.

“The sudden and rapid decline in economic activity was the largest driver of the shortfall but Q2 also reflected our own execution issues in areas like product design, and the ramp of AXG [Accelerated Computing Systems and Graphics Group] offerings,” CEO Pat Gelsinger said on a conference call with analysts. He said Intel continues to deal with Covid-related supply shortages that have delayed product availability.

Small and medium-sized businesses have slowed down their computer purchasing, but the enterprise has been holding up, David Zinsner, Intel’s finance chief, told CNBC in an interview. Still, the updated forecast factors in economic weakness that might result in organizations putting off PC refresh cycles.

“We do think we’re on the bottom,” Zinsner said, adding that price increases and a seasonal improvement in the fourth quarter should help Intel bring its gross margin back to around 51% to 53%.

During the second quarter, Intel’s Client Computing Group, which includes PC chips, generated $7.7 billion in revenue, down 25% and considerably less than the $8.89 billion consensus estimate among analysts surveyed by StreetAccount. Earlier this month technology industry researcher Gartner said PC shipments declined almost 13% during the quarter. In a presentation to investors, Intel flagged “softening” demand for PCs in the consumer and education markets and said higher unit costs reduced the segment’s operating income.

Intel’s new Network and Edge segment, which houses the company’s networking products, generated $2.3 billion in revenue, up 11% and barely higher than the $2.27 billion StreetAccount consensus.

During the quarter Intel launched Habana Gaudi2 artificial-intelligence training chips that compete with Nvidia’s A100 graphics cards. And Intel called on Congress to move forward with federal legislation to support U.S. semiconductor manufacturing, so that it could proceed with a plant in Ohio. Earlier on Tuesday the U.S. House passed the Chips and Science Act, sending the bill to President Joe Biden.

“This is historic legislation,” Gelsinger said. Zinsner said on the conference call that Intel expects to receive funding tied to the legislation in 2023.

In the interview Zinsner reiterated Intel’s earlier statement that the company will bring out PC chips under the Meteor Lake code name in 2023. Digitimes reported that shipments would start in late 2023, but Zinsner declined to be specific about the timing.

“I would tell you we’re expecting to power on Meteor Lake, you know, relatively soon, so you know, we’re making very good progress on it, quite honestly,” he said.

Intel is planning an initial public offering of its Mobileye autonomous-driving unit later this year, depending on the state of markets, Gelsinger said on Intel’s conference call. On the call Zinsner said that Intel would slow down its hiring because of economic conditions, with $23 billion in expected 2022 capital expenditures, down from the previous $27 billion forecast.

Excluding the after-hours move, Intel shares have fallen about 23% so far in 2022, while the S&P 500 index has declined less than 15% over the same period.

Correction: An earlier version of this story misstated Intel’s net loss for the quarter. It was $454 million.

WATCH: Intel is going to have to spend this money and any help they get from the government helps, says Bernstein’s Rasgon