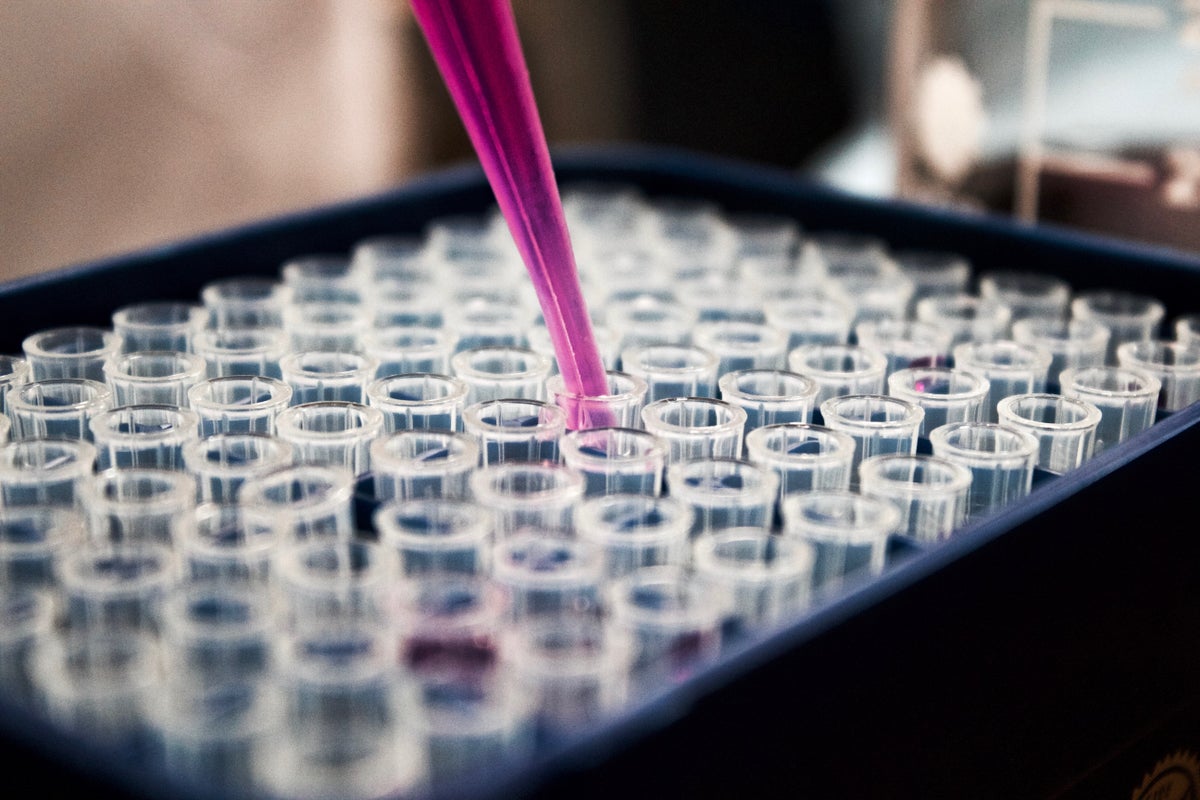 This article was originally published on Microdose and appears here with permission.

Psychedelic research is becoming the future of mental health, with more and more studies showing their effectiveness in the treatment of mood disorders. Psychedelics like psilocybin, DMT, and ibogaine have been used by ancient civilizations and have recently shown to be more advantageous in terms of effectiveness and adverse effects than traditional antidepressants like SSRIs.

One of the main chemical modifications performed is deuteration. Generally used in drug design for investigational and optimization purposes, the chemical process of deuteration consists of replacing one or more hydrogen atoms in the molecule with deuterium, the more stable version of hydrogen.

This molecular alteration particularly impacts the metabolism of the drug and may impact the substance’s half-life (a pharmacokinetic property used to describe how quick the body gets rid of the drug). Circulation of the drug in the organism for a longer period of time allows the effects to last longer and therefore use less frequent dosing, which comports significant clinical and therapeutic benefits.

That’s what Cybin CYBN, the psychedelic drug research company based in Toronto, is currently working on — deuterated analogs of psilocybin (“CYB003”) and DMT (“CYB004”) for depression and addiction. In this case, a selective deuteration process would be applied, meant to not only favour a better metabolism of the drug, but speed up the psychedelic trip and therefore have briefer therapy sessions. In this way, the patients won’t have to go through the financial burden resulting from long and more demanding treatment. According to Cybin’s preclinical studies, the deuterated psilocybin could represent a solution to some of the less-optimal effects of classical psychedelics (Cybin’s compounds have been approved for a clinical trial for major depressive disorder, due to start later in the year).

Another example of the utility of this process in the psychedelic drug industry is Small Pharma’s deuterated DMT or SPL028, currently going through the clinical trial process. Or Mindmed’s 18-MC, a synthetic organic molecule designed around the highly psychoactive ibogaine plant, having all the anti-addictive properties but without the hallucinations. And then there’s 2-Bromo-LSD, found to be potentially useful for cluster headache treatment in 2010 by Harvard researchers, and synthesised by adding a bromine atom onto an LSD molecule. The peculiarity of this substance is that it presents the therapeutic properties of LSD but without causing hallucinations and it’s safer also for its pharmacokinetics.

A different case can be found with Clearmind Medicine’s MEAI compound, whose structure is not a derivative from classical psychedelics, but a completely unique molecule, used to treat alcohol addiction by simulating the alcohol experience and at the same time extinguishing alcohol cravings.

When a substance has therapeutic potential, pharmaceutical industries try to exploit the most from it, producing edits to limit any possible flaws and adverse effects. The psychedelic medicine industry, nowadays at the heart of mental health research, is following the same path, with more and more next-generation molecules engineered from pre-existing substances.

From the studies conducted so far, quite a few of these “updated” versions of first-generation psychedelics seem to offer promising solutions. The upcoming clinical trials will give us more insight into their effects and potential to help treat the population at large.