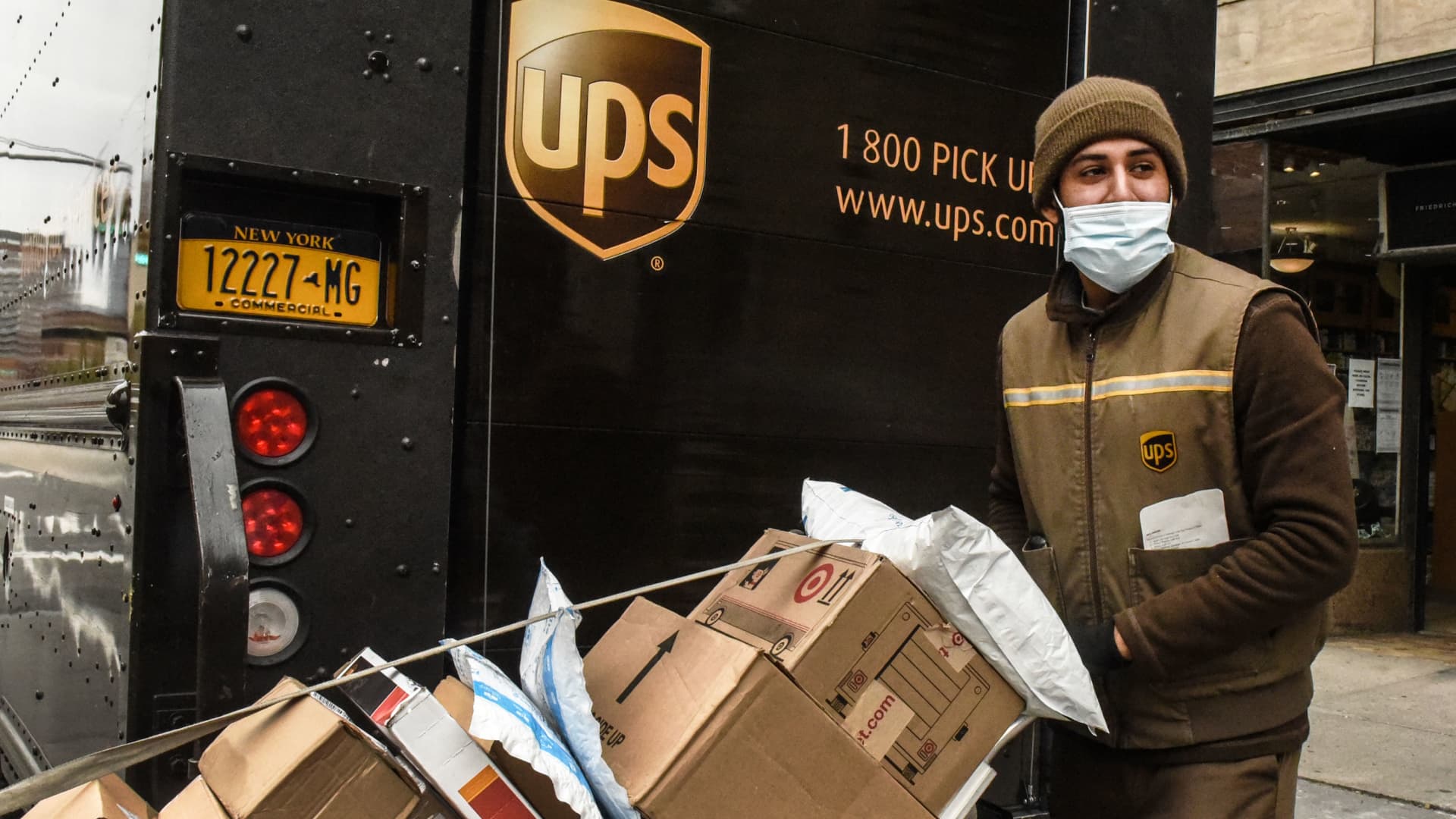 The Atlanta-based company said volumes declined and fell short of its forecast by 222,000 packages per day. It attributed the miss partially to reductions in its contracts with customers like Amazon.

“We project by the end of this year that Amazon revenue will be less than 11% of our total revenue,” said CEO Carol B. Tome, noting that UPS agreed to a level that makes sense for it and will give the company room to grow in other areas.

For the quarter, the company reported adjusted earnings of $3.29 per share, which was more than the $3.16 per share analysts expected. Revenue for the period was $24.77 billion, also topping the $24.63 billion Wall Street expected.

For the second half of the year, Chief Financial Officer Brian Newman said that the company anticipates that volume growth rates “will improve slightly” with full-year GDP growth expected to slow.

The company reaffirmed its outlook for full-year revenue of $102 billion and adjusted operating margin of about 13.7%.