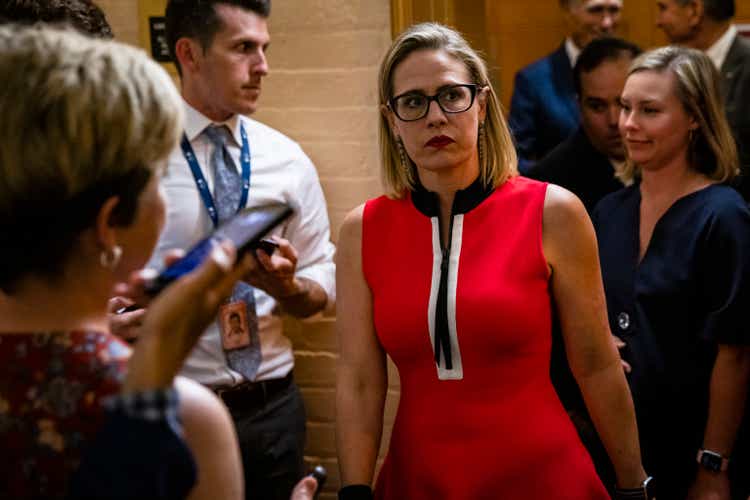 U.S. Senator Kyrsten Sinema said Thursday night that an agreement was reached to remove an increase in taxes on carried interest income in the pending tax and climate plan, potentially resolving a key issue in the effort by Democrat leadership to pass their agenda.

“We have agreed to remove the carried interest tax provision, protect advanced manufacturing, and boost our clean energy economy in the Senate’s budget reconciliation legislation. Subject to the Parliamentarian’s review, I will move forward,” Sinema said in a statement.

Senate Majority Leader Chuck Schumer said the revised legislation will be brought to the Senate floor on Saturday, setting the bill on the way to passage with a simple majority vote.

Senate Democrats reportedly were considering adding a 1% tax on stock buybacks to the legislation to appease Sinema without losing Senator Joe Manchin.

Sinema’s agreement comes a week after Manchin and Schumer announced a deal to raise $739B in new revenue and spend $433B on climate, energy and healthcare programs.