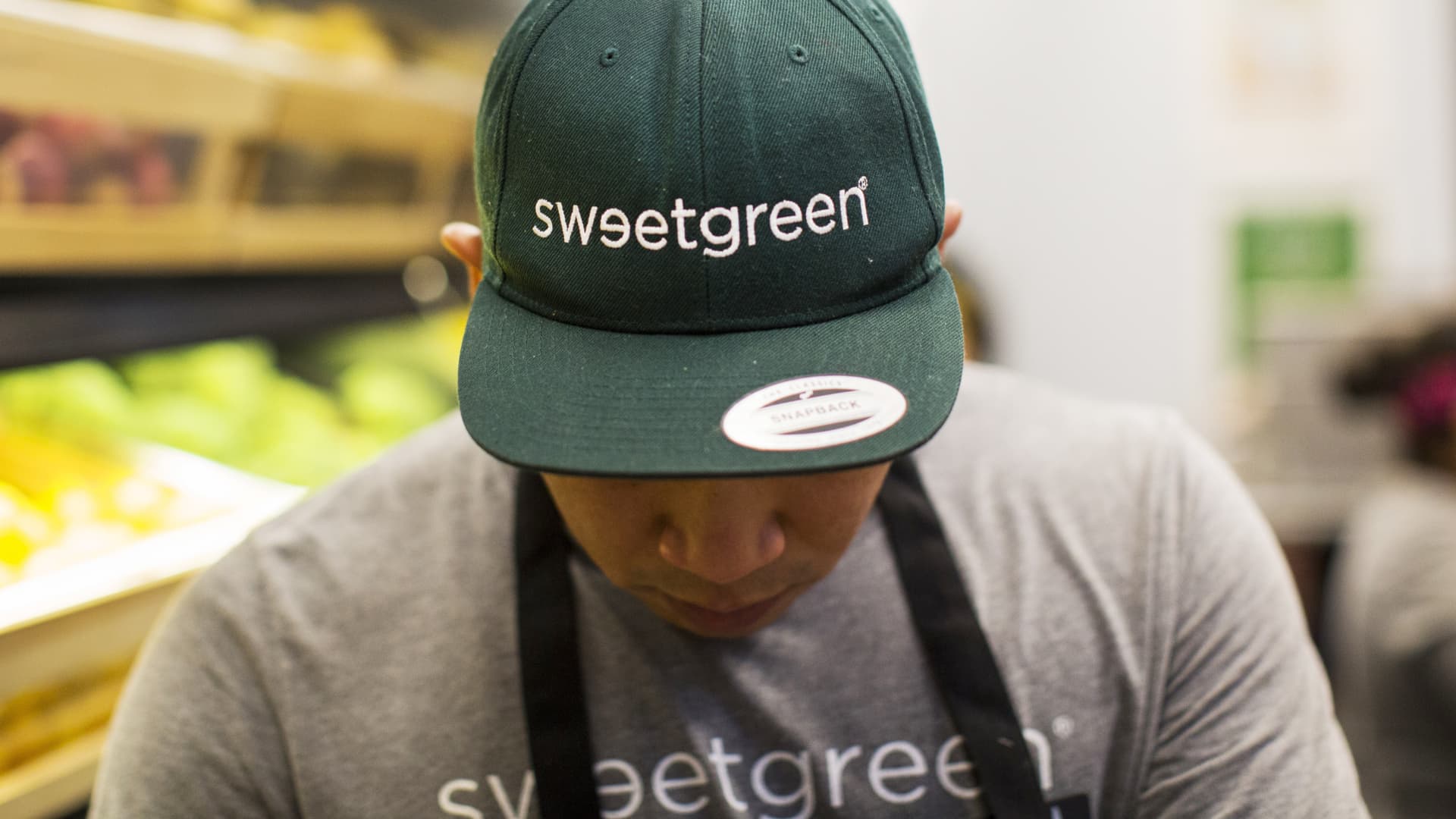 A worker wears a Sweetgreen Inc. hat while preparing food inside the company’s restaurant in Boston, Massachusetts.

Shares of Sweetgreen plunged about 20% in extended trading Tuesday after the salad chain lowered its 2022 forecast.

The restaurant company also said it laid off 5% of its support center workforce and will downsize to a smaller office building to lower its operating expenses.

Moreover, Sweetgreen also changed its outlook for adjusted losses before interest, taxes, depreciation and amortization to a range of $45 million to $35 million, wider than its previous range of $40 million to $33 million.

But the chain shared the steps it’s taking to achieve profitability, including layoffs and reducing its real estate footprint by moving to a smaller office. Severance packages and related benefits are expected to cost the company between $500,000 to $800,000, while the office move will cost $8.4 million to $9.9 million. The charges are expected to impact its third-quarter results.

This is a developing story. Check back for updates.