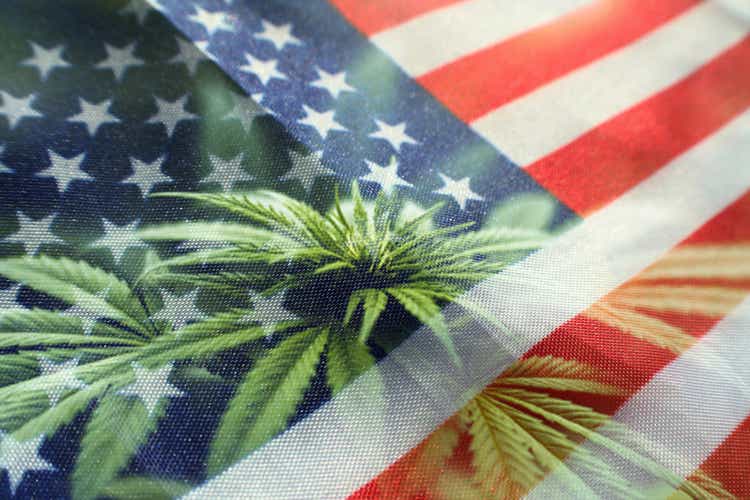 As U.S. MSOs line up to release quarterly earnings, Cantor Fitzgerald projects the group to post better than expected sales despite a potential margin decline at a time when cannabis reforms drive market sentiment.

Green Thumb Industries (OTCQX:GTBIF) kicked off earnings season for U.S. MSOs this week, and a host of its rivals are scheduled to release their quarterly earnings in the coming weeks as investors hope for the cannabis selloff to reverse.

AdvisorShares Pure US Cannabis ETF (MSOS), which represents U.S. MSOs, has lost more than two-thirds of its value over the past 12 months, as indicated in this graph. While investors might hope for earnings to lead recovery, Cantor argues that the current sentiment is driven mainly by the outlook for U.S. cannabis reforms.

Last week, U.S. Sen. Cory Booker suggested a compromise between marijuana business banking and criminal justice reforms in what he called a “SAFE Banking Plus” bill.

“We think SAFE banking passage (in the lame duck) is now the worst-case scenario (really), with leading Senate Democrats hinting at compromise,” the analyst Pablo Zuanic wrote, referring to the bill that has cleared the House multiple times.

Though the SAFE Banking act does not deschedule cannabis, allow uplisting, or provide a framework for legalization, the analyst expects the bill to create upside for MSOs and spark debate about future marijuana-related regulatory developments.

Turning to 2Q financials, Zuanic projects that profit margins for the group may have come under pressure as companies react to increased competition and consumer weakness.

Noting that companies largely guided for flat sequential growth in 2Q, the analyst argues that sales for the MSO group could exceed forecasts due to seasonality.

According to the analyst, a seasonal bounce is especially likely for those with exposure to the New Jersey recreational market, namely, Curaleaf Holdings (OTCPK:CURLF), TerrAscend (OTCQX:TRSSF), and Acreage Holdings (OTCQX:ACRHF). In April, New Jersey allowed 13 medical marijuana stores to begin recreational sales in the Garden State.