AWS continues to show strength, but there are a few things to watch out for 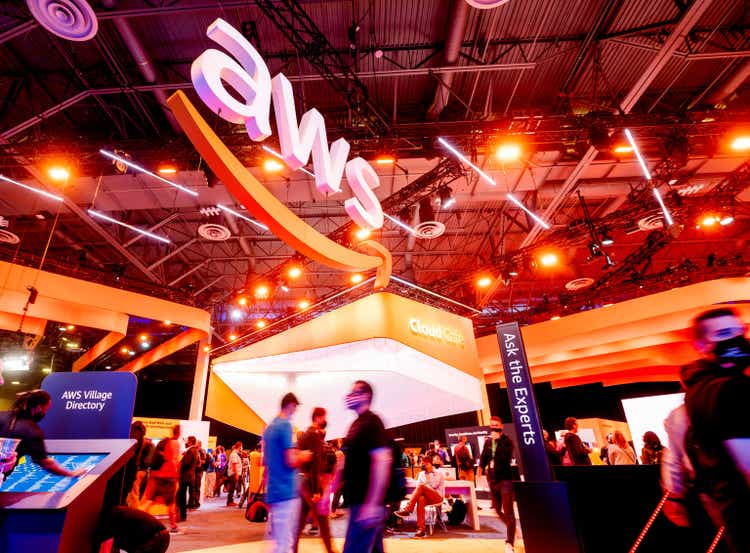 Investors were happy with the latest report from Amazon (NASDAQ:AMZN), as the company’s Amazon Web Services and several other segments showed healthy growth that prompted praise from industry analysts.

And while AWS continues to grow at a healthy 33% year-over-year clip, some Wall Street analysts say there are a few things investors need to watch out for from the tech giant’s cloud platform.

Wolfe Research analyst Deepak Mathivanan, who has an outperform rating on Amazon (AMZN), wrote that in the company’s second quarter, AWS margins fell 6% sequentially, largely due to an increase in stock based compensation and higher utility costs.

Mathivanan also pointed out that growth slowed from the first-quarter, at 33% compared to 37%.

JMP Securities analyst Nicholas Jones, who has a market outperform rating on Amazon (AMZN), said that AWS, which competes with Microsoft’s (NASDAQ:MSFT) Azure, Google’s (NASDAQ:GOOG) (GOOGL) Cloud Platform and other offerings from Oracle (NYSE:ORCL), among others, had lower operating income at $5.7B, compared to estimates of $6B.

AWS’s quarterly revenue of $19.7B should be viewed favorably in light of softer cloud growth from Microsoft (MSFT) and Google (GOOG) (GOOGL), but operating expenses are worth nothing, Jones added.

Nonetheless, there are some concerns that a global economic slowdown could hit AWS, even if demand is still strong currently, as evidenced by its backlog and increased investments.

Mizuho analyst James Lee noted that enterprise chief information officers are “anticipating a shallow recessionary scenario” and could cut cloud spending growth by about 10% in 2023. Lee also noted that sales cycles are being extended and some cloud vendors are starting to cut prices, which could put estimated cloud growth rates at risk.

To be clear, Amazon’s (AMZN) management has not indicated that a slowdown is looming from any macro issues, but rather there is the potential benefit — as there was in 2008 and 2020 — that a “relatively lower-cost cloud option” could be of need when compared to building in-house.

Amazon (AMZN) has done a good job of marketing its offerings as competing at the top of the cloud services space, going up against Microsoft (MSFT), Google (GOOG) (GOOGL) and others.

But like all things in life, nothing is perfect 100% of the time, not even Amazon’s (AMZN) 800 pound gorilla.