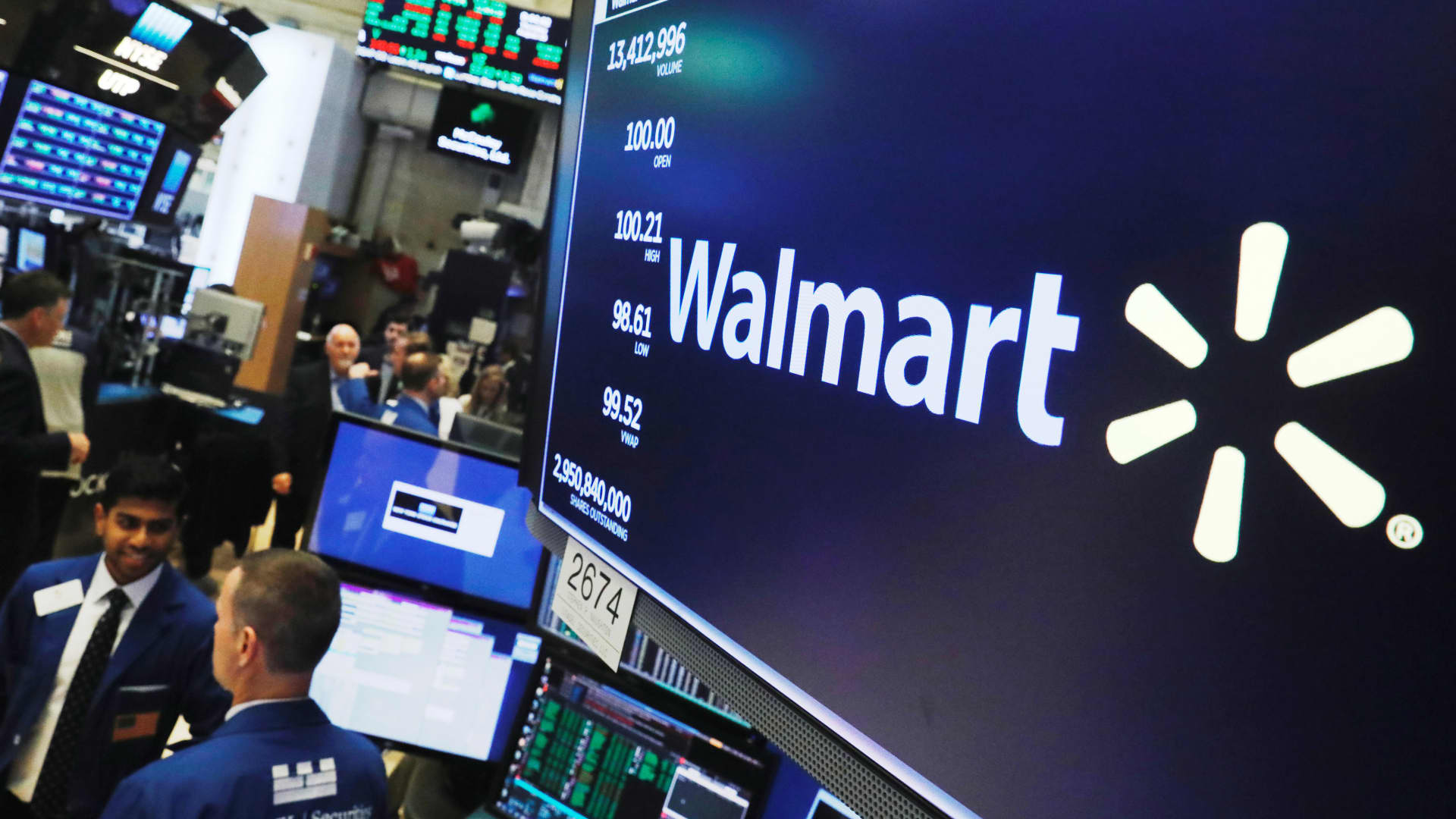 Check out the companies making headlines before the bell:

Walmart (WMT) – Walmart slumped 9.5% in the premarket after cutting its outlook for the current quarter and full year. The retail giant said higher prices for food and fuel are prompting consumers to cut back, and it’s had to cut prices at its stores to reduce excess inventory. Other retail stocks fell during premarket trading in the wake of the Walmart warning, including a 3.6% drop for Amazon (AMZN), 5.2% for Target (TGT) and 2.5% for Home Depot (HD).

General Motors (GM) – The automaker’s stock fell 3.7% in premarket trading after quarterly earnings fell short of estimates, though revenue was better than expected. GM also said it was preparing for an economic slowdown and hiring fewer people.

3M (MMM) – 3M jumped 4% in the premarket following a flurry of news, including better-than-expected profit and revenue for the second quarter and the announcement that it would spin off its health care business.

General Electric (GE) – GE added 3.9% in the premarket after reporting much better than expected second-quarter profit and revenue. GE’s results were boosted by a strong recovery in its jet engine business.

Raytheon Technologies (RTX) – The defense contractor reported second-quarter earnings that were better than expected, but revenue was slightly short of Wall Street forecasts. Raytheon said it is dealing with macroeconomic and supply chain challenges, but reaffirmed its full-year outlook. Raytheon fell 3.3% in the premarket.

Coinbase (COIN) – Coinbase shares slid 5.2% in premarket trading, following a Bloomberg report saying the cryptocurrency exchange operator is the target of a government probe over the trading of digital assets. The probe is said to focus on whether those digital assets should have been registered as securities.

UBS (UBS) – UBS tumbled 7.5% in the premarket after the Swiss bank reported a lower-than-expected quarterly profit. The bank’s bottom line was hurt by market turmoil which impacted its investment banking and wealth management businesses.

Whirlpool (WHR) – Whirlpool reported a quarterly loss, but its revenue and adjusted profit beat Wall Street forecasts. The overall loss was caused by the appliance maker’s exit from the Russian market. Whirlpool gained 1% in the premarket.