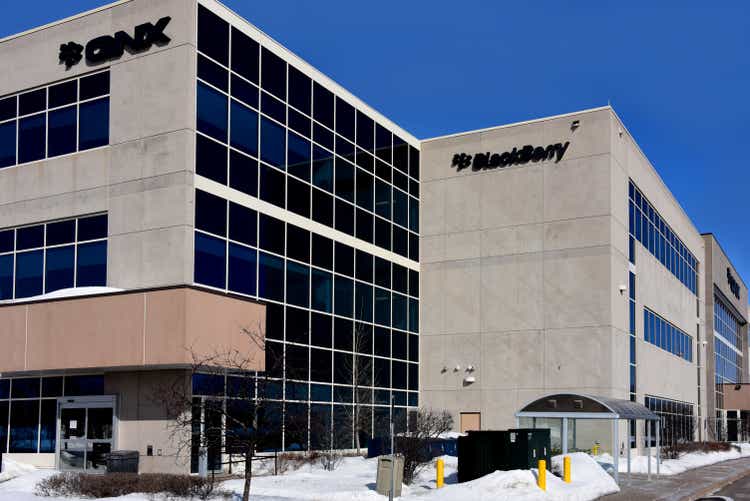 Analyst Luke Junk started coverage on BlackBerry (BB) with a neutral rating and a $7 price target, noting that BlackBerry IVY, its cloud-connected platform, “could be the start of something big.” Junk added that cybersecurity is still the bigger business for now, but it is in “wait-and-see mode,” leaving the firm with a “glass half-empty view.”

“With 3-4 proof-of-concepts underway (and OEM demand much higher overall), we are bullish on the potential for BlackBerry IVY — the company’s still-under-development intelligent vehicle platform in partnership with [Amazon Web Services],” Junk wrote in a note to clients, adding IVY has a “significant” market opportunity, albeit one that is still hard to determine the size of at present.

The analyst noted that there is a “clear desire” by automakers to create and monetize recurring revenue streams and IVY could be “key catalyst” for the stock, but it’s still early.

Junk pointed out that Blackberry QNX, the company’s real-time operating system, has 26% of the market share and is “well positioned” as the auto industry moves towards software-defined vehicles.

Baird’s Junk also explained that BlackBerry (BB) has been “playing catch-up” since its 2019 acquisition of Cylance and the company’s endpoint detection and response product now seems like it is in a better position, with estimated 2023 billings growth between 8% and 12%.

As far as the company’s patent portfolio being sold, Junk noted that if it happens, it “creates interesting optionality.”