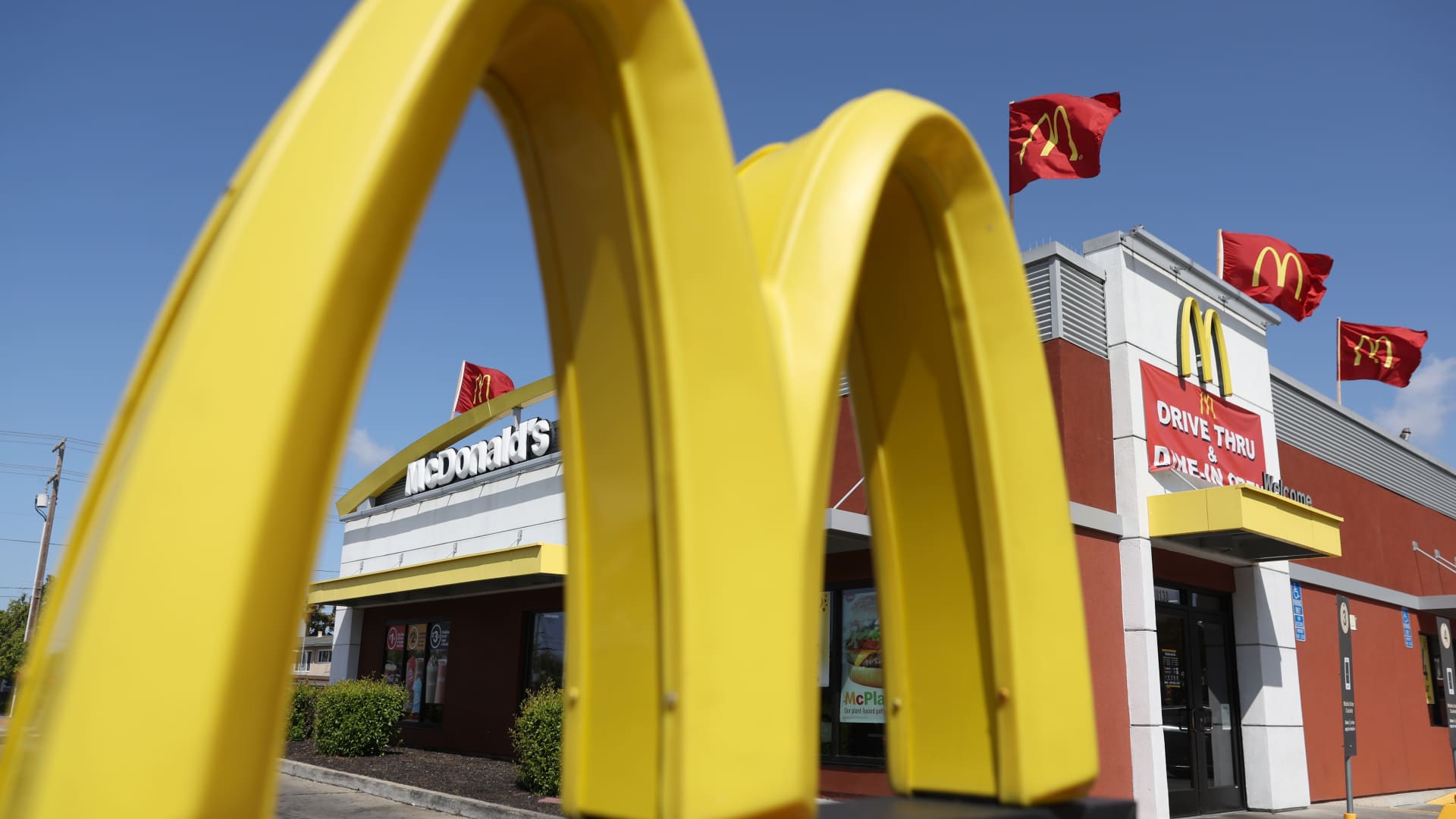 A sign is posted in front of a McDonald’s restaurant on April 28, 2022 in San Leandro, California.

McDonald’s on Tuesday said both higher prices and value items fueled U.S. same-store sales growth, which was higher than expected during its second quarter.

However, CEO Chris Kempczinski said the environment is still “challenging” as inflation and the war in Ukraine weighed on its quarterly results.

Shares of the company were roughly flat in premarket trading.

McDonald’s reported second-quarter net income of $1.19 billion, or $1.60 per share, down from $2.22 billion, or $2.95 per share, a year earlier. The company reported a $1.2 billion charge related to the sale of its Russian business due to the war in Ukraine.

Excluding that charge, a French tax settlement and other items, the fast-food giant earned $2.55 cents per share.

Net sales fell 3% to $5.72 billion, hurt in part by the closure of McDonald’s Russian and Ukrainian restaurants.

U.S. same-store sales increased 3.7% in the quarter, topping StreetAccount estimates of 2.8%. The company credited strategic price hikes and its value offerings for its strong performance. Last quarter, McDonald’s executives said some low-income consumers were trading down to cheaper options in response to inflation.

The company’s international developmental licensed markets division saw its same-store sales climb 16% in the quarter. Same-store sales shrank in China as the government reimposed Covid restrictions, but growth in Brazil and Japan more than offset the market’s weak performance.