Trump Made $70,000 by Praising Foreign Leaders and Bashing the Fed on Twitter — GovTrades 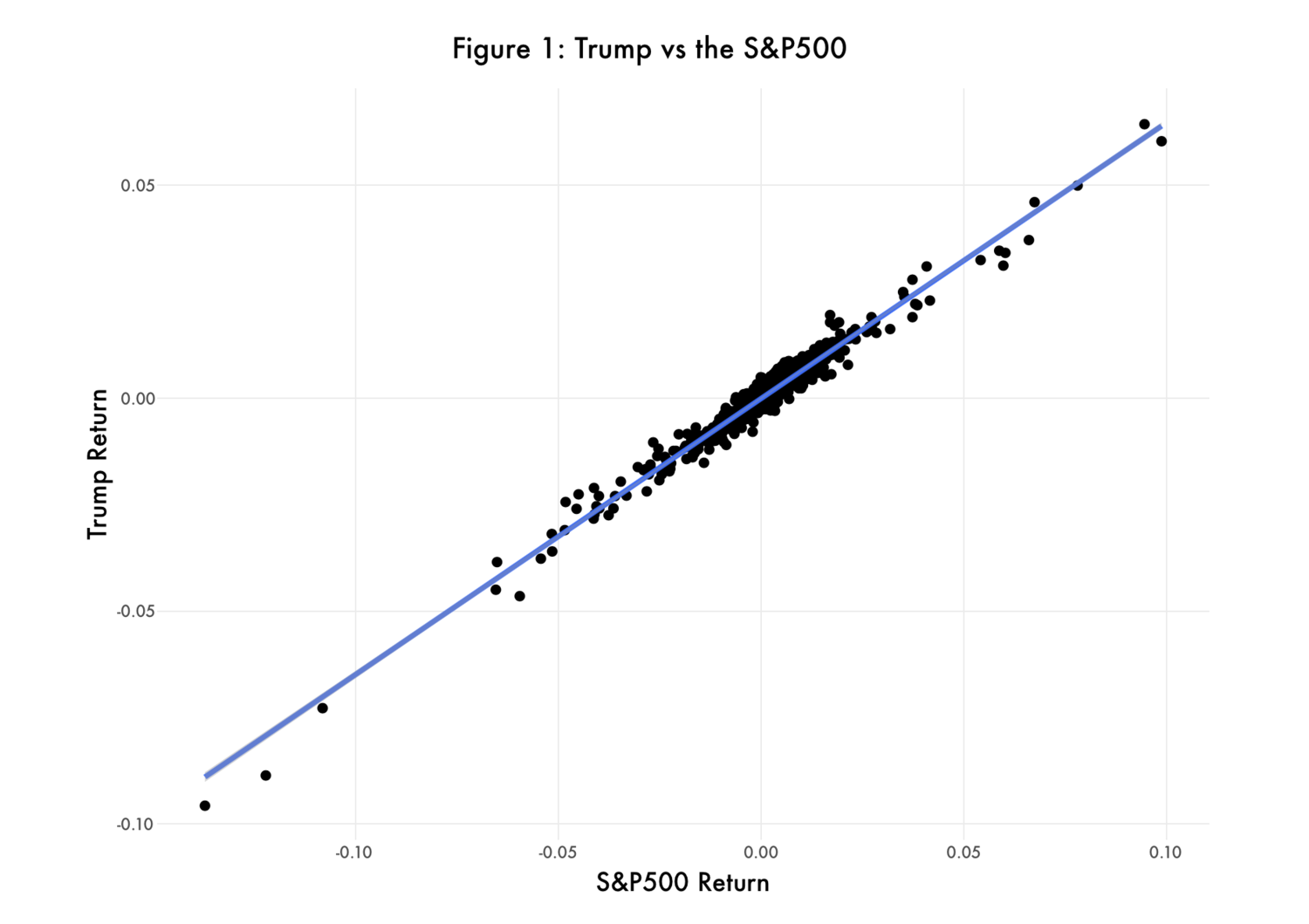 Last week, GovTrades launched a new dashboard tracking President Donald Trump’s investments in publicly traded stocks and privately held businesses. This post, focusing on Trump’s publicly traded investments, is the first in a series investigating the relationship between Trump’s financial holdings and his behavior in office.

We find that Trump avoids investing in individual stocks, and instead holds broad-market funds with returns that are closely correlated with the S&P 500 index. With this knowledge, we dig into how Trump may impact overall market returns in ways not necessarily aligned with the national interest. Specifically, we combine data from GovTrades with recent academic research on how Trump’s Twitter presence shapes market returns to quantify the impact of each tweet on the president’s financial wealth. Our results suggest that Trump earns up to $70,000 for tweets praising foreign leaders, relating to trade policy, and criticizing the Federal Reserve. While concerning, these results do not necessarily imply conflicts of interest with respect to Trump’s publicly traded portfolio, since Trump makes money when the stock market broadly performs well. Future research will investigate Trump’s privately held assets, which are much less transparent and constitute a much larger fraction of the president’s total wealth.

Trump hired JPMorgan Chase & Co to manage three trusts that hold publicly traded investments, meaning he does not have direct input over investment choices. Like the general public, however, he knows what holdings the funds contain, and therefore may take into account how his policy decisions as President impact his personal fortune.

First, none of Trump’s investments are in individual stocks or bonds. Instead, he holds mutual funds, exchange-traded funds, and other securities that invest in many assets.

Second, 89% of Trump’s portfolio is invested in equity funds, compared with only 11% invested in comparatively safer bond funds. On face, such a high equity allocation seems like poor financial planning for a 74-year-old. Indeed, most retirement funds reduce their equity exposure to around 30% for people who are Trump’s age [1], and even more aggressive economic models put optimal equity exposure around 60% [2]. However, this allocation may make sense for Trump in particular. First, he holds much of his fortune in cash accounts — over $50 million dollars, according to our analysis of his private holdings. Second, Trump’s immense wealth means he can afford a more aggressive investment strategy — even in poor market conditions, he would remain wealthy in absolute terms. Without existential downside risk, it makes sense to pick a portfolio with higher potential upside. Finally, much of Trump’s wealth is likely invested on behalf of his children, who have a much longer investment horizons and hence would prefer the higher long-run expected returns that equities offer.