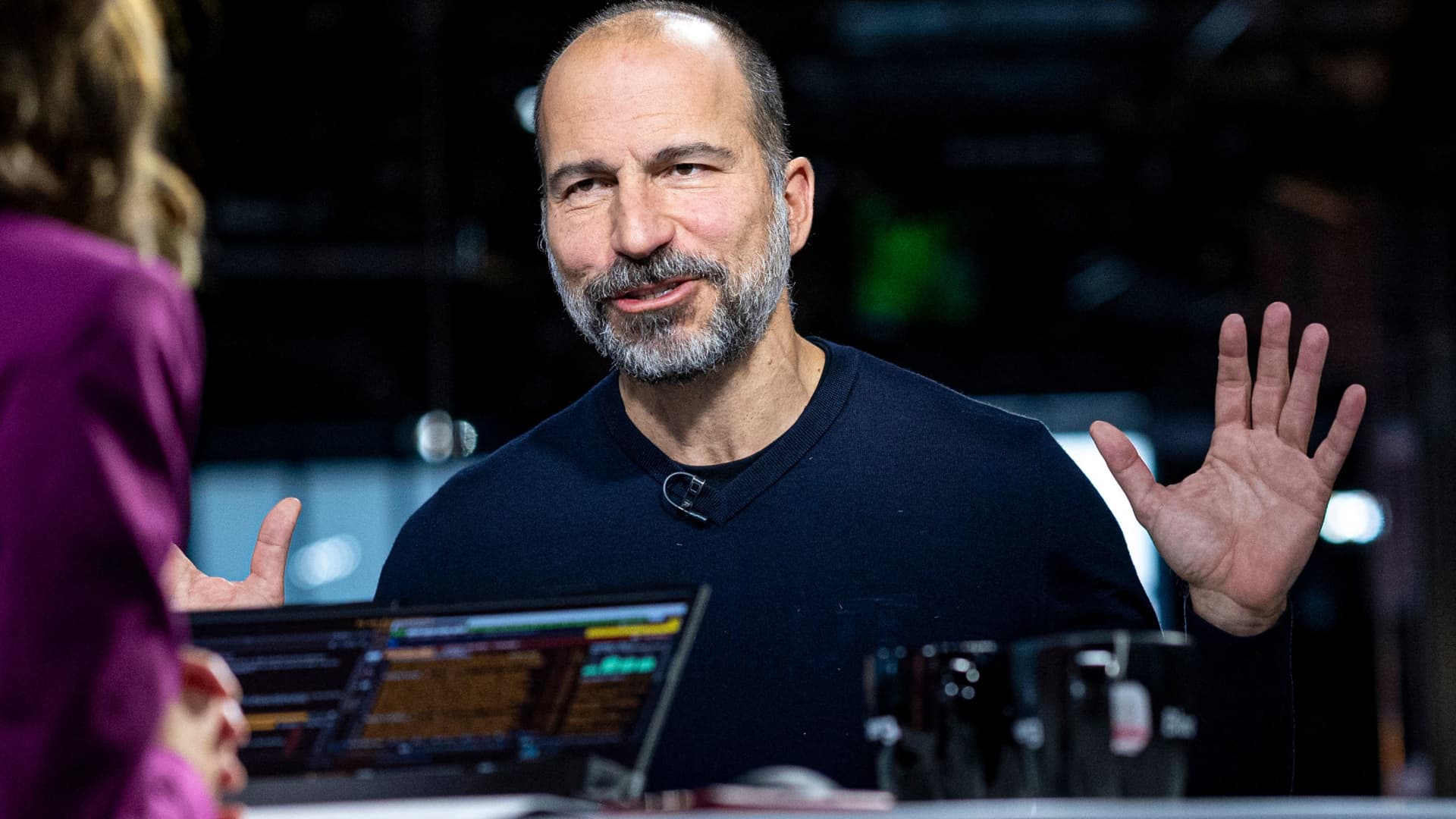 Uber reported a second-quarter loss on Tuesday but beat analyst estimates for revenue.

Here are the key numbers:

The company reported a net loss of $2.6 billion for the second quarter, $1.7 billion of which was attributed to investments and a revaluation of stakes in Aurora, Grab and Zomato.

But CEO Dara Khosrowshahi said Uber continues to benefit from an increase in on-demand transportation and a shift in spending from retail to services.

Here’s how Uber’s largest business segments performed in the second quarter of 2022:

Uber relied heavily on growth in its Eats delivery business during the pandemic, but its mobility segment surpassed Eats revenue in the first quarter as riders began to take more trips.

That trend continued during the second quarter. Its mobility segment reported $3.55 billion in revenue, compared with delivery’s $2.69 billion. Uber’s freight segment delivered $1.83 billion in revenue for the quarter. Revenue doesn’t include the additional taxes, tolls and fees from gross bookings.

Despite the increase in fuel prices during the quarter, Uber said it has more drivers and couriers earning money than before the pandemic, and it saw an acceleration in active and new driver growth.

“Consequently in July, surge and wait times are near their lowest levels in a year in several markets, including the US, and our Mobility category position is at or near a multi-year high in the US, Canada, Brazil, and Australia,” Uber said in a release.

Uber recently announced new changes that may help it continue to attract and keep drivers. They’ll be able to choose the trips they want, for example, and will be able to see how much they’ll earn before they accept a trip.

Uber also benefited from the resurgence in travel. It said airport gross bookings had reached pre-pandemic levels, at 15% of total mobility gross bookings, up 139% year-over-year.

For the third quarter, Uber expects gross bookings between $29 billion and $30 billion and adjusted EBITDA of $440 million to $470 million.

Khosrowshahi will be on CNBC’s “Squawk on the Street” at 9 a.m. ET.

Is Musk Warming Up To Biden? Gushes Over President’s Tweet And Makes Him A Tesla Sales Pitch – Tesla (NASDAQ:TSLA)