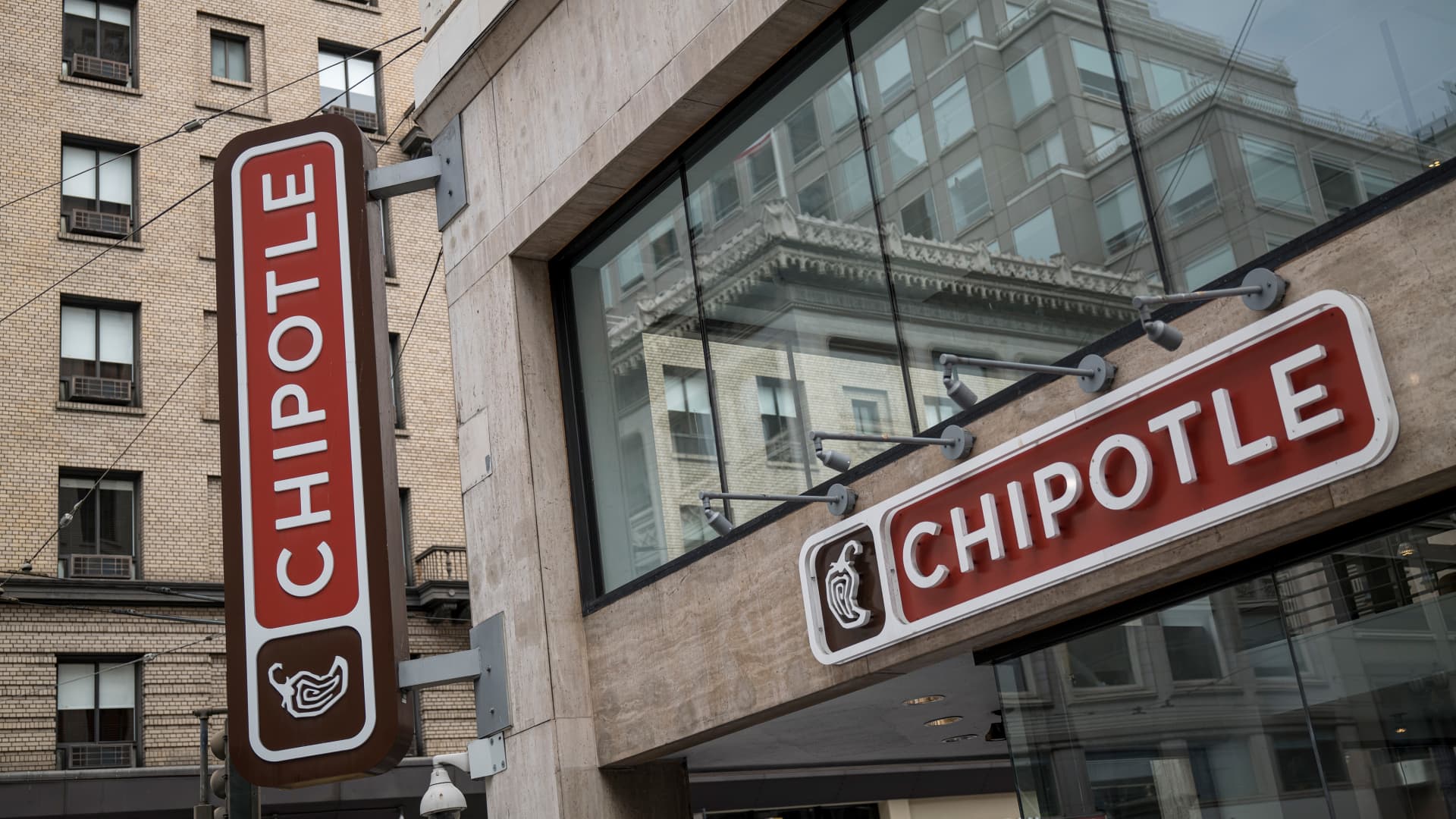 Check out the companies making headlines in midday trading.

Chipotle Mexican Grill– Shares of Chipotle surged more than 16% after the restaurant chain reported quarterly earnings Tuesday after the bell. Profits improved mostly due to price hikes to offset inflation, and the company said another increase is coming in August. UBS on Wednesday reiterated Chipotle as a buy following the results.

Alphabet — The Google parent jumped 6% after showing strong year-over-year search revenue growth in the recent quarter. Despite a miss on the top and bottom lines, results were better than feared.

Microsoft — The Windows and Xbox maker climbed more than 4% after issuing a rosy income forecast for the year ahead. However, Microsoft reported quarterly results that missed analysts’ expectations on both its top and bottom lines. Microsoft turned in the slowest revenue growth since 2020, at 12% year-over-year, in the second quarter.

Shopify — Shopify advanced 6% even though the e-commerce platform posted disappointing earnings and issued weak forward guidance. It said inflation and rising interest rates will hurt consumer spending, reiterating what it said on Tuesday when it announced layoffs.

PayPal — PayPal shares rallied 11% on the back of a report from the Wall Street Journal that activist investor Elliott Management took a stake in the company.

Teva Pharmaceutical — The Israel-based pharmaceutical company’s stock soared almost 25% after it reached a tentative settlement to pay more than $4 billion for its alleged role in the opioid crisis.

Garmin – Shares of the electronic device company dropped more than 7% after second-quarter sales declined to $1.24 billion. Analysts surveyed by Refinitiv were expecting $1.34 billion. The company pointed to a strong dollar and supply chain issues as reasons for the weakness. Garmin’s adjusted earnings per share came in at $1.44, or 4 cents better than estimates.

Hilton – The hotel stock rose almost 5% after beating estimates on the top and bottom lines for the second quarter. Hilton reported $1.29 in adjusted earnings per share on $2.24 billion of revenue. Analysts surveyed by Refinitiv were expecting $1.04 in earnings per share on $2.08 billion of revenue. Hilton said its revenue per-available-room was ahead 54% compared with the same quarter last year. The hotel chain also raised its full-year earnings guidance.